President holds discussions with Chinese President over a phone call 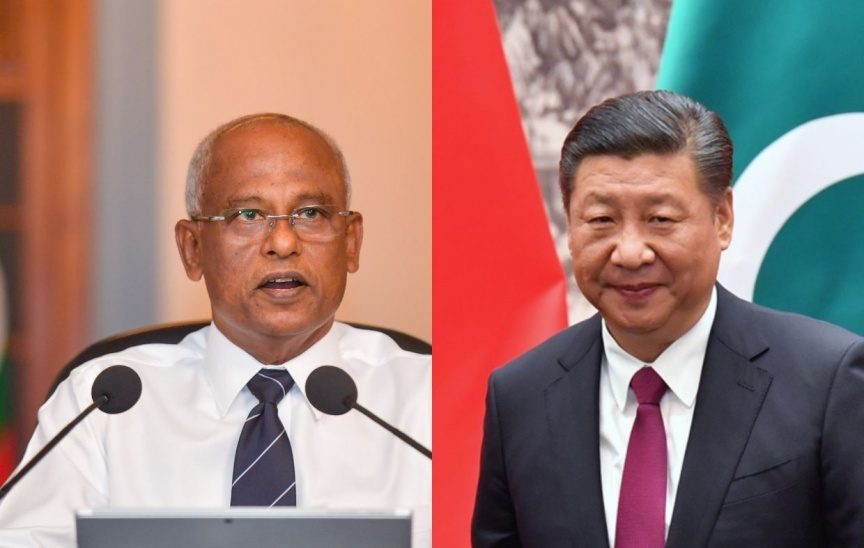 Following the call, President Solih noted that the conversation today would provide further momentum and guidance to the ongoing substantive corporation between both countries.

Maldives and China will mark 50 years of diplomatic ties between the two countries next year.

During the call, President Solih congratulated President Xi and the Communist Party of China (CPC) on the CPC's centenary on July 1 – noting that CPC has evolved into a voice for equality, prosperity and increased international cooperation under the leadership of President Xi. President Xi also congratulated the recent election of Foreign Minister Abdulla Shahid as the 76th President of the United Nations General Assembly

President Solih further went on to praise the important role played by China towards global efforts to fight against the COVID-19 pandemic and expressed his sincere gratitude to President Xi and the Chinese government for the generous donations of 200k doses of the Chinese-made Sinopharm vaccine to the Maldives in March.

Responding to this, President Xi noted that China will be donating additional doses of Sinopharm vaccine to the Maldives at the earliest.

President Solih also highlighted that China has been a significant development partner to the Maldives over the years. He spoke about some of the recent projects undertaken with assistance from China such as the recently inaugurated Foreign Ministry building and noted that the administration's keenness on continuing cooperation on such projects.

President Xi also expressed interest in working with the Maldives on sports training and elevating tourism cooperation to increase the number of Chinese tourist arrivals to the Maldives.

Concluding the call, the two leaders wished each other well and reiterated the commitment to continue the bilateral relationship on a positive trajectory, and explore further avenues of cooperation.