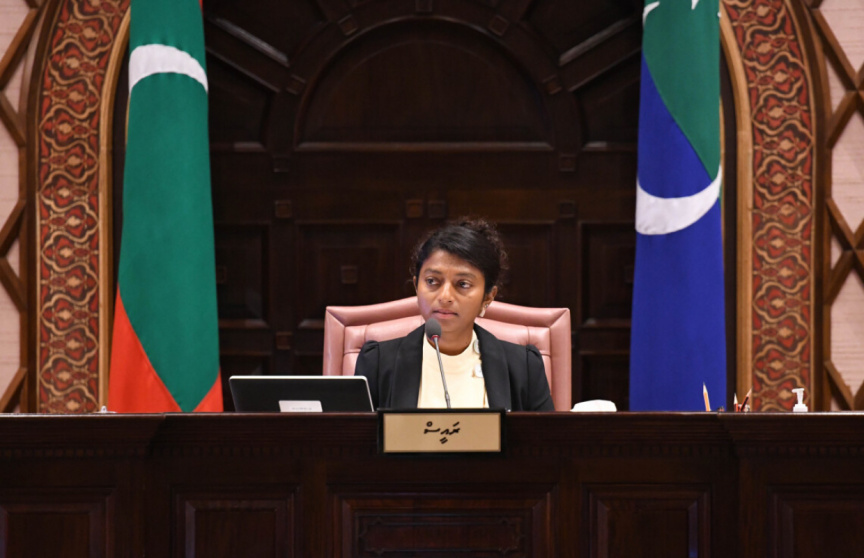 The Parliament, on Thursday, cancelled the vote on the contentious government bill amend the Penal Code to criminalize acts of hate, and sent it back to the Judiciary Committee.

The Parliament was set to vote on the passage of the bill this Thursday.

During the debate on the committee report, many MDP parliamentarians said that Thulhaadhoo MP Hisaan Hussain, who sponsored the bill, was receiving death threats, and expressed concern the government hasn’t spoken in her defense.

Deputy Speaker, North Galolhu MP Eva Abdulla announced the MDP parliamentary group has decided to cancel the vote and send the bill back to the committee.

MDP parliamentary group leader, Central Henveiru MP Ali Azim presented a motion to send the bill back to the committee. The motion was seconded by Ungoofaaru MP Mohamed Waheed.

39 parliamentarians voted in favor of the motion, while three votes against, and two abstained.

Judiciary Committee made several changes to the bill during its review.

The bill previously criminalized accusing a Muslim of being a kafir combined with calling for, encouraging or taking part calling for violence against a person.

Judiciary Committee said they made the change to detail circumstances in which describing or accusing a person of violating Islam or being a kafir or an apostate can be considered a criminal offense.

The committee report says “acts of kufr” and “words of kufr” will be considered acts and words undisputed among Islamic scholars.