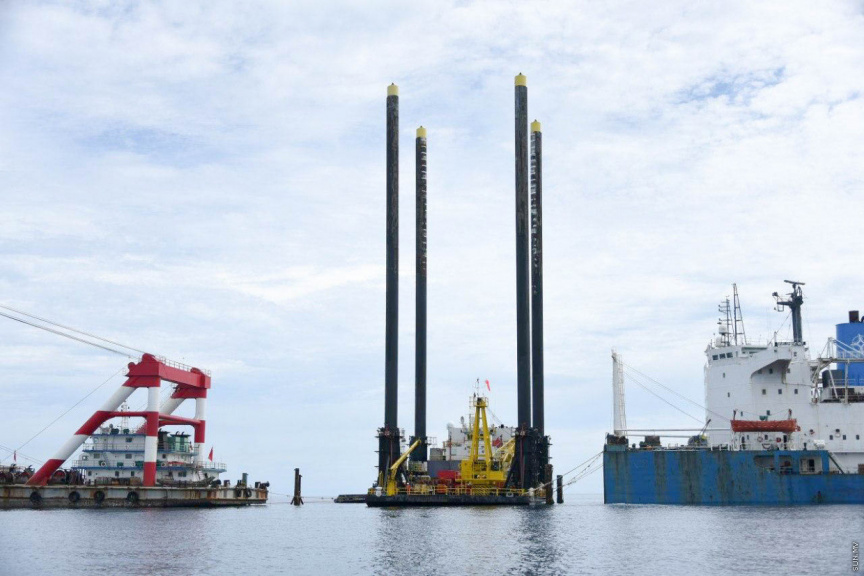 File photo of a vessel that transported equipment to conduct surveys for the Male'-Thilafushi bridge project. (Photo/Ahmed Saeed)

The project to build a bridge between Male’ City and the industrial island of Thilafushi has been awarded to India’s Afcons Infrastructure Limited.

Afcons is the same company awarded the MVR 1.1 billion project to design and build roads and drainage systems in Addu City back in February.

Afcons is also running a number of mega infrastructure development projects in India, including several dam projects, metro projects in large cities such as Chennai, and railway, bridge and highway projects.

Economic Minister Fayyaz Ismail told Sun earlier this Tuesday that a contractor has been selected and approved by India’s Exim bank for the bridge project.

He said the contract will be signed within the next one-two weeks.

Fayyaz did not reveal the name of the contractor, but said work on the bridge will begin as soon as the contract is signed.

Fayyaz said that though they are facing delays due to the pandemic, they are not too far behind the schedule.

The bridge project is financed through a loan from Exim Bank. The agreement stipulates the contractor must be an Indian company.