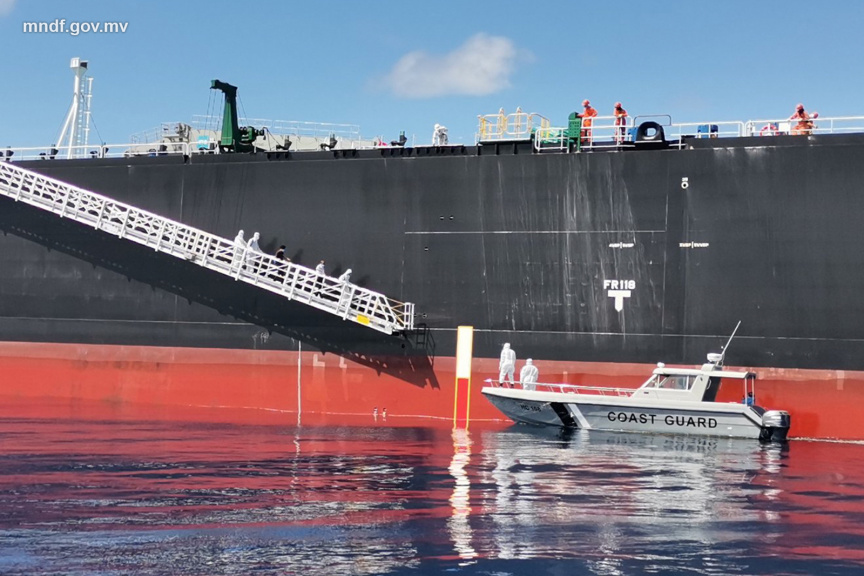 A man on a foreign crude oil tanker who fell ill and required emergency medical treatment has been evacuated to Addu City.

The man, identified as a 27-year-old Chinese national, is a crew member of the crude oil tanker MT New Melody, which was travelling from United States to Taiwan.

After seeking necessary authorization from authorities, the tanker was instructed to travel to a location eight nautical miles to the east of Addu’s Gan district.

MNDF Southern Area Coastguard Squadron met the tanker at the location, and evacuated the man to Feydhoo district on a speedboat.

The speedboat carrying the man arrived in Feydhoo at approximately 11:27 am this Monday, said MNDF.