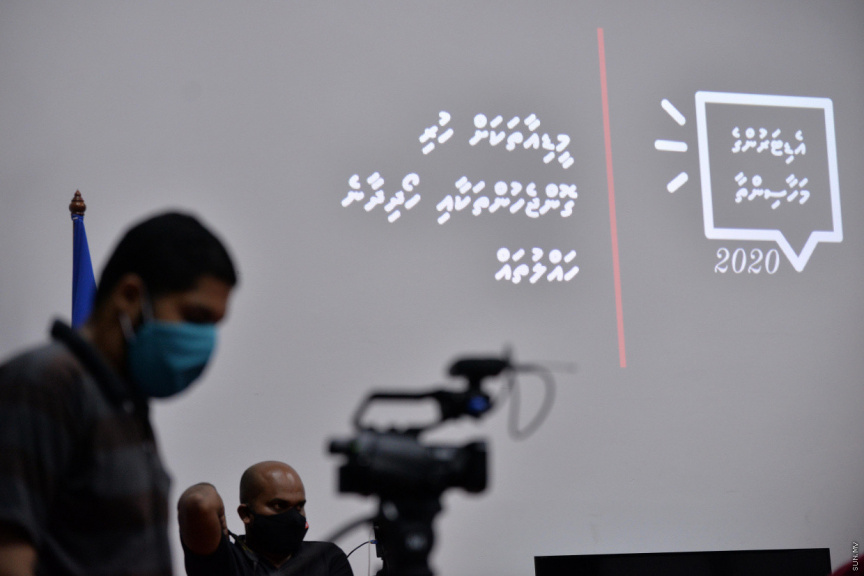 The Gender Ministry yesterday fined a local media outlet and issued a notice for three other media, regarding reports over the murder of the 13-year old boy last Sunday.

The Ministry said that it took action after media reports violated child rights in the Maldives by revealing confidential information. Avas Online, a local media was fined by MVR 2,000 and ordered to apologize for content related to the murder. Vaguthu, One Online and Adhadhu, are the other three media to which the Ministry sent warning notices.

A statement by the MMC today, read that the power to investigate and make an inquiry into published content of local media was granted to the MMC and that a state body taking action against media without consulting with the MMC was a concerning issue. The MMC condemned the actions of the Ministry in harsh terms.

Under the Juveline Justice Act of the Maldives, in matters related to the publishing of content regarding children in violation of the law, the MMC is granted the power to set policies on how content should be published, limitations on content, and making an inquiry matters involving such publications and taking action against media for any violations.

The statement by the MMC read that under the law, the MMC had the responsibility and mandate to take action against the media for such violations.

The Council said that it did not believe that an institution or a Ministry could take action in violation of the procedure and without providing a fair opportunity to make a case for a response.

MMC also said that fining media and punishing media was not the solution in such matters. Such actions could set back the development Maldives had been making in the Press Freedom Index of the world, said the MMC.

The MMC did concur that it had observed violations of the ethics, laws, and policies set down, regarding reports by media outlets in the murder case of the 13-year old boy. The MMC had brought these violations to the attention of the media involved and a meeting of the MMC members had seen members decide on making an assessment of the violations.

Furthermore, the MMC also said that it had informed and shared relevant information regarding the decided assessment with the Children's Ombudsperson Office, the Parliament's Human Rights and Gender Committee, and the Committee on Independent Institutions.

The MMC said that ti was calling to stop threatening media, sending letters of warning notices to media, until a decision had been made by the MMC after the conclusion of the assessment.

Any matters related to content published on media, and any complaints are to be submitted to the Council under the relevant procedures, said the MMC in its statement.