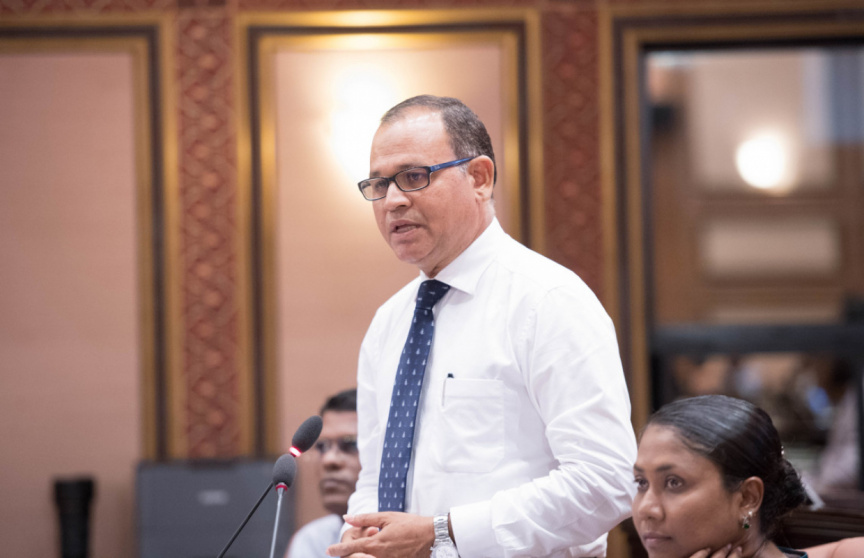 People’s National Congress (PNC) deputy leader, Maduvvari MP Adam Shareef alleges the bill to revise the Penal Code in order to criminalize accusing, describing or taking part in describing a Muslim as a kafir or infidel in public is part of a wider plan to establish a secular state in Maldives.

The bill, submitted by Thulhaadhoo MP Hisaan Hussain last May, will add a clause under Section 124, to define and criminalize acts of hatred.

At the parliamentary debate on the bill on Tuesday, Shareef said that the religion of Islam already prohibits hate speech, as does existing Maldivian laws such as Counter-Intimidation and Possession of Dangerous Weapons Act, Protection of Religious Unity Act, and Counter-Terrorism Act.

Shareef alleged that the true purpose of the sudden decision by the government to submit the bill while existing laws already prohibit hate speech is to stop calling people irreligious.

“I believe that such social issues escalate to the point where killings are sanctioned because other issues such as religious issues and political issues and other numerous influences are added to it to the point the original issue is distorted,” he said.

However, Shareef said that the religion of Islam explicitly prohibits the sanctioning of killings, and that his concern stems from the fear the bill may lead to people who speak in defense of Islam to be put in jail.

Shareef said the bill also contradicts the Constitution, and that he is well aware of the reason for MDP’s support for the bill.

“You are working so hard in defense of this bill because this was brought here with foreign influence. This bill is really part of the effort to spread secularism, to establish a secular state in Maldives,” he said.

Shareef said that even if the bill is passed by the Parliament, the people would not wish for it to be enacted.

He called on President Ibrahim Mohamed Solih not to ratify the bill, even if it passes.

'Who is obstructing probe into Shima's Disappearence?'

'MDP's justice has become a bitter pill for Nasheed'

Police: 2 cases of blackmail are reported every week