Fisherman sustains fish hook injury to the eye in Addu 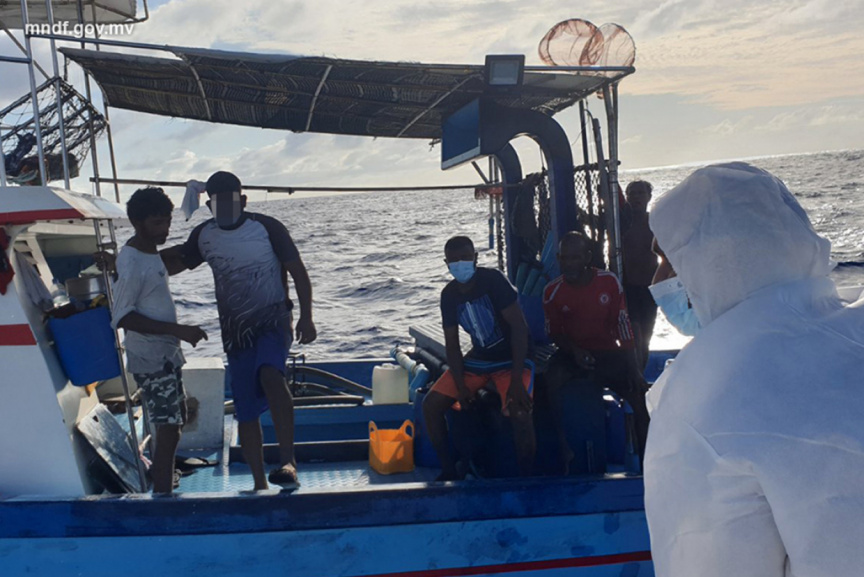 A fisherman who sustained a fish hook injury to the eye is transported to a hospital for emergency medical treatment on June 14, 2021. (Photo/MNDF)

A crew member a fishing boat in Addu City, who sustained a fish hook injury to the eye on early Monday, has been transported to Feydhoo for emergency medical treatment.

Maldives National Defense Force (MNDF) identified the injured as a middle-aged Maldivian male - a crew member of fishing boat ‘Rasainu’, which was fishing near the Gan buoy.

The incident was reported to MNDF Coastguard Maritime Rescue Coordination Center at 06:12 am on Monday.

The fisherman has been transported to Addu’s Feydhoo district for emergency medical treatment with the assistance of MNDF Southern Area Coastguard Squadron.

Maldives has seen a rise in fish hook injuries among fishermen, prompting some fisherman to use goggles to protect their eyes.