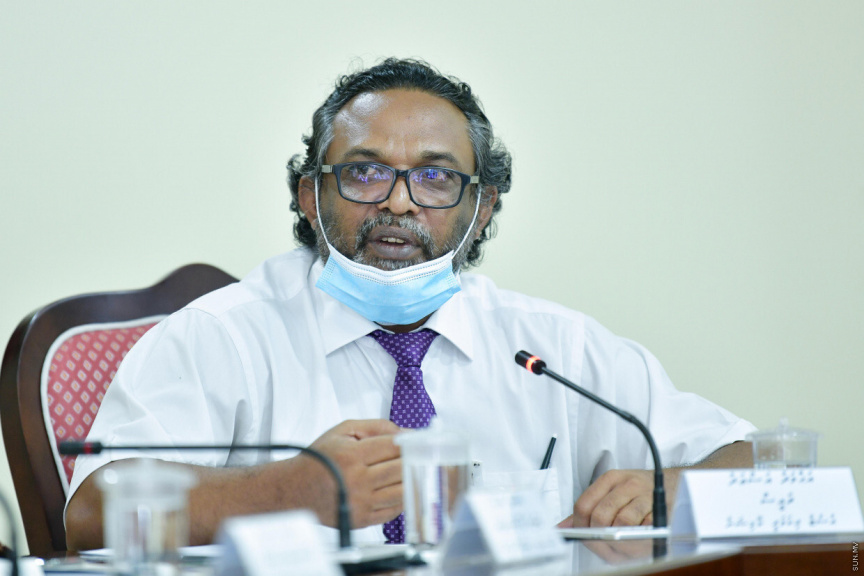 Corruption and Asset Recovery Commission’s head Ahmed Assad said on Wednesday that the list of suspected beneficiaries of the MMPRC corruption scandal isn’t a formal declaration of guilt, and that those criminally liable will be identified once the investigation is complete.

Assad told Sun that the Asset Recovery Commission had a legal responsibility to provide the list of suspected beneficiaries, along with other findings to the Parliament at request.

“We provided that. And they publicized the list we provided as a whole,” he said.

The list in question was provided to a joint parliamentary committee which conducted an inquiry into the MMPRC case. The committee concluded its inquiry and released its report, along with the list, earlier this Wednesday.

Assad said that the list isn’t a “judgement” and that not everyone on the list are criminals.

“I am saying that it isn’t a judgement. We are not declaring them criminals. Some of them will be cleared and others prosecuted as the investigation progresses,” he said.

“You’ll see it stated they are persons of interest. We have not decided if they are right or wrong. That is something we are working on. They will be investigated in light of the information they provide us and the evidence we uncover, and some of them will be prosecuted,” he said.

However, Assad said he does not believe the decision by the Parliament to publicize the list will hinder the investigation.

The list of suspected beneficiaries released by the Parliament includes 282 names, including the names of 119 of former as well as incumbent state officials.

'Documents destroyed to cover up embezzlement'