MDP elections scheduled for May 29 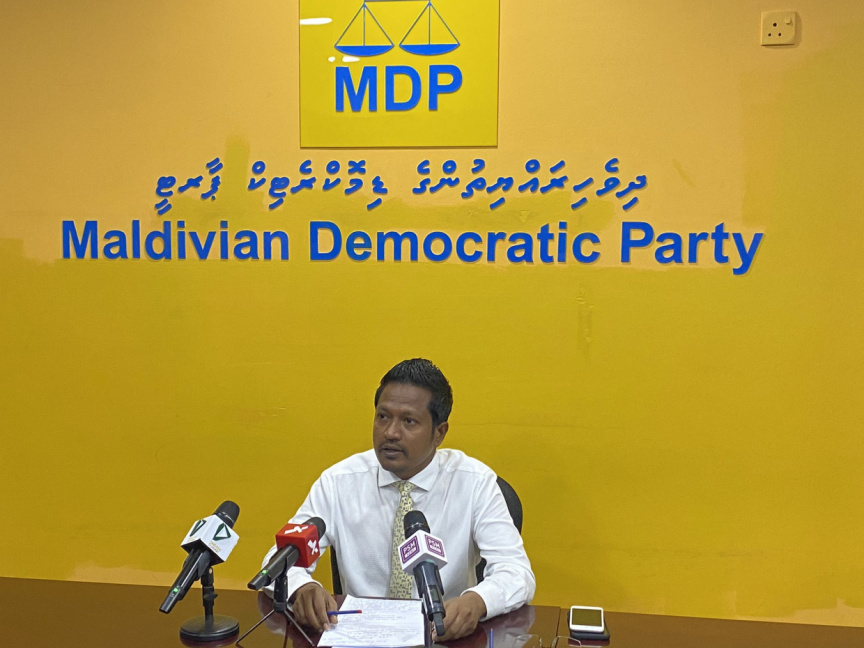 Maldivian Democratic Party (MDP) has opened candidacy for the national council elections, which the party announced on Saturday will be held on May 29.

In a press conference on Saturday morning, MDP spokesperson, North Maafannu MP Imthiyaz Fahmy (Inthi) said that the party will be electing 455 representatives to districts, provinces and cities.

He said that the eligibility of voters will not be based on the registry of Elections Commission, but the registry managed by MDP.

All members registered to MDP by April 18 will be eligible to vote in the elections.