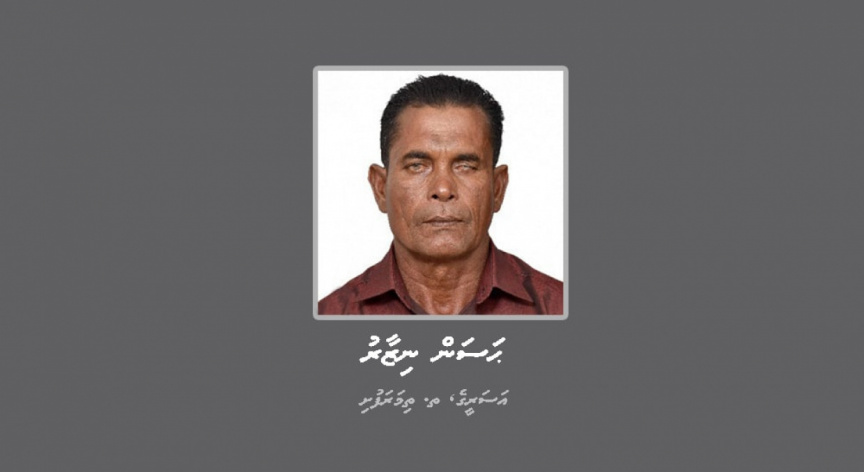 Police have disclosed the photograph of a man accused of sexually abusing a child to assist with efforts to locate the man.

Police said that the individual is named Hassan Nizar (59) from Asareege, Th. Thimarafushi.

Nizar is accused of sexually abusing a 13-year old girl and police said that they were unable to summon Nizar for investigation questioning due to the lack of information regarding the current address of Nizar.

Police also announced that Nizar was summoned for questioning under relevant procedures for such cases by police.

Nizar is to attend the Shaheed Hussain Adam building in Male’ City on July 1, 10:00 for the investigation.

Fines above 10K can be paid off with community service

Remand of man extended over bomb threat to Mulee’aage

Blast noise from Hulhumale’ was from a welding accident

Tourist dies in drowning accident at a resort