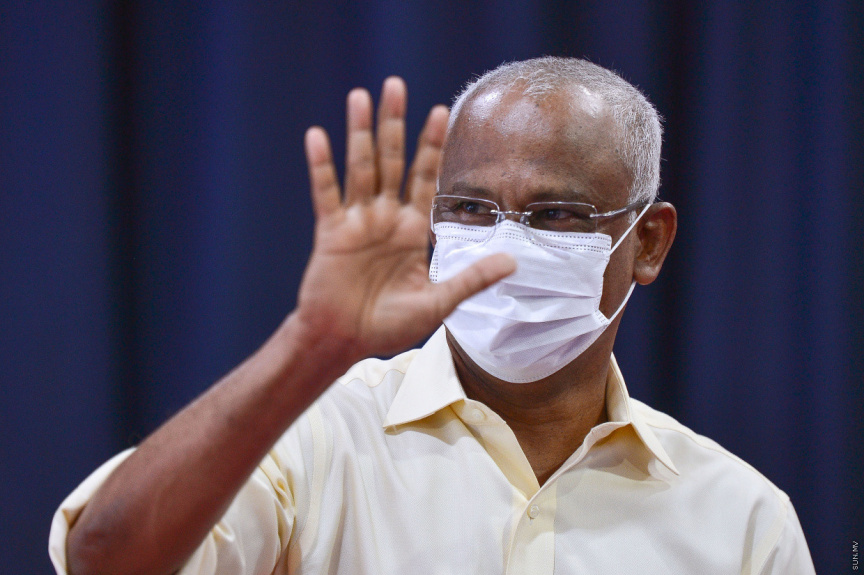 President Ibrahim Mohamed Solih waves as he exits a polling station after casting his vote in the Local Council Elections 2020 on April 10, 2021. (Sun Photo/Fayaz Moosa)

The government has stated that it acknowledges the sentiments of the public regarding the local council elections, and the outcome of the election, before stating that the government would also move forward with those sentiments in mind.

A press statement issued in Dhivehi by the government today read that President Ibrahim Mohamed Solih congratulated all the winners of the local council election and the women's development committee.

The statement read that the President was hopeful of receiving the full cooperation of all elected officials in order to operate all administrative districts of the nation in a decentralized manner.

The President called all the elected mayors of the four major cities in the nation and congratulated them on their victory. Former Housing Minister and opposition candidate Dr. Mohamed Muizzu won the election for Male' City mayor, beating MDP candidate Anas Abdul Sattar by a large margin. The President during the phone call to Dr. Muizzu assured that the government would cooperate in running projects in a decentralized manner.