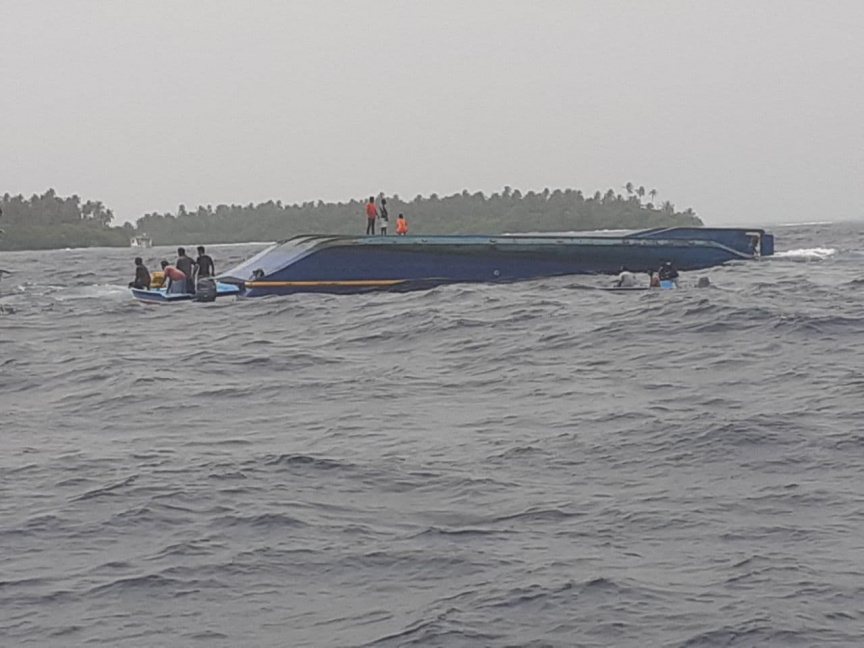 A landing craft carrying construction materials of the Fenaka Corporation has capsized.

According to the Maldives National Defense Force (MNDF), the craft was traveling from Male’ City to Th. Guraidhoo with three people when it capsized.

The incident involving the craft named “Shafuraaz” was reported to MNDF around 13:13. The three people on the craft were picked up by a boat nearby and taken to the island of Th. Dhiyamigili around 13:45 for medical care.

The boat was carrying sand and construction aggregate when it capsized. MNDF stated that there were no floating objects in the area that could pose a danger to travelers due to the incident.

MNDF’s Central Area Coastguard Squadron is now at the scene working to tow the landing craft into Guraidhoo.

MNDF says it will answer to Majlis as an institution