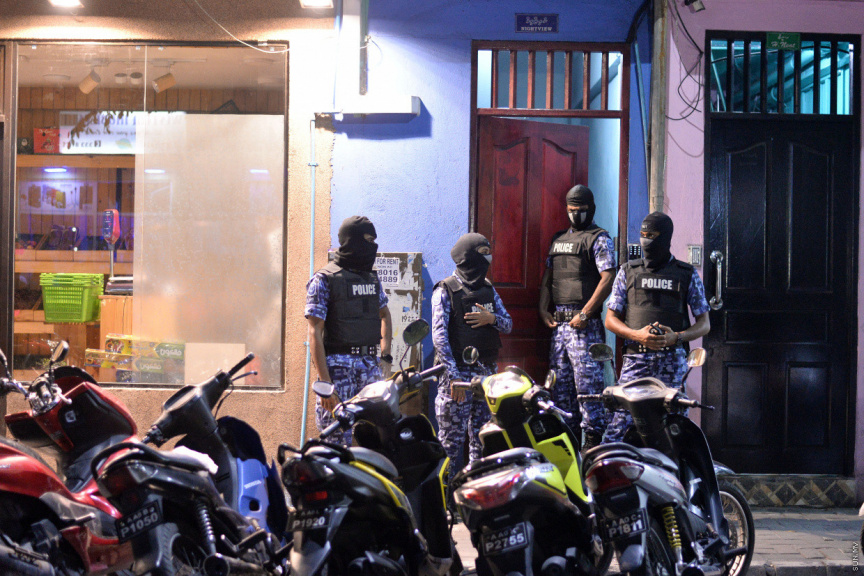 Police foiled a possible act of terrorism in a special operation yesterday and arrested a number of people in connection with the incident.

Police confirmed that intelligence information was received regarding an act of terror being formulated by extremists. No specific details of the act were disclosed by the Police. A total of six have been arrested so far, according to Police.

Officials had confirmed last night that an individual was arrested from the capital Male’ as well as one from a boat at sea and one from the island of Th. Thimarafushi.

Today, Police announced that one more individual aged 31 had been arrested from Th. Thimarafushi. Those arrested so far are aged 18, 20, 21, 29, and 34. Police specified that those arrested are all local males.