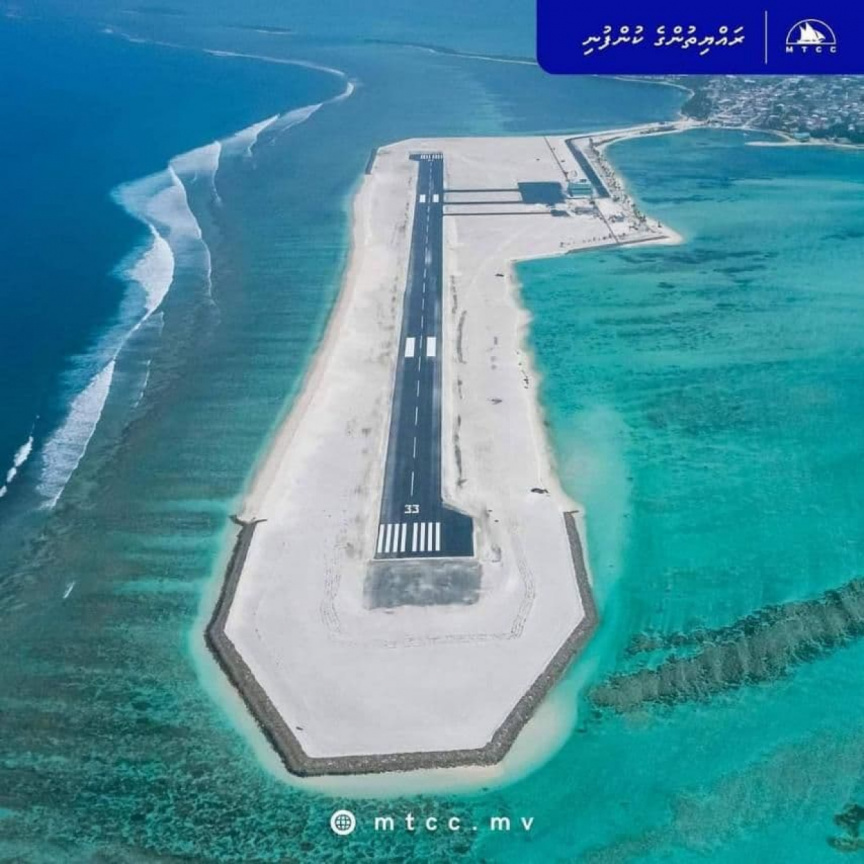 Test flights to Hoarafushi Airport are to be conducted on November 16, according to the Transport Ministry.

Transport Ministry State Minister Ahmed Zuhair said that after the test flights, a date for scheduled flights will be finalized.

The airport is scheduled to be officially opened on November 17.

The residents of the island are now making the final preparations for the opening. Islanders took part in planting trees at the reclaimed land for the airport.

October dollar revenue for MIRA down by 30 percent