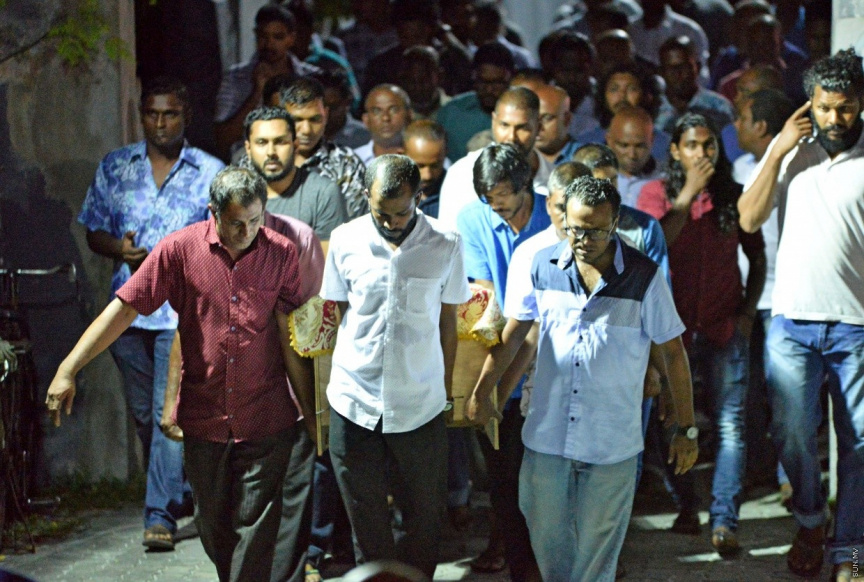 A conviction of the Juvenile Court on a minor accused in the death of Ibrahim Rasheed has been upheld by the High Court of Maldives.

The minor was convicted of the death which happened as a result of a traffic accident in Hulhumale’ on August 30, 2017.

The accident happened in the evening of the day when the minor who was 16 at the time was driving at high speed from the Nirolhu Magu of Hulhumale collided with the motorcycle being driven by Rasheed who passed away as a result.

Rasheed passed away at ADK hospital while receiving treatment for head injuries on September 1, 2017. The minor was charged with negligent manslaughter of which the Juvenile Court found him guilty beyond a reasonable doubt.

The child was sentenced to a period of one year and 24 days in house arrest as well as fasting on two consecutive days as Kaffarah under Islamic law.

The minor later appealed the conviction to the High Court. The appeal court ruled yesterday that even though the Penal Code discharged the minor who was below 18 at the time from being held responsible for the crime, under Islamic Shariah law, the minor could be convicted of crimes where a Hadd was set out under the law for serious crimes. The accident was a sufficient enough act to hold the minor responsible for the crime.

The bench of the High Court ruled to uphold the conviction.

HC rejects appeal by Mohamed Ismail on his detention