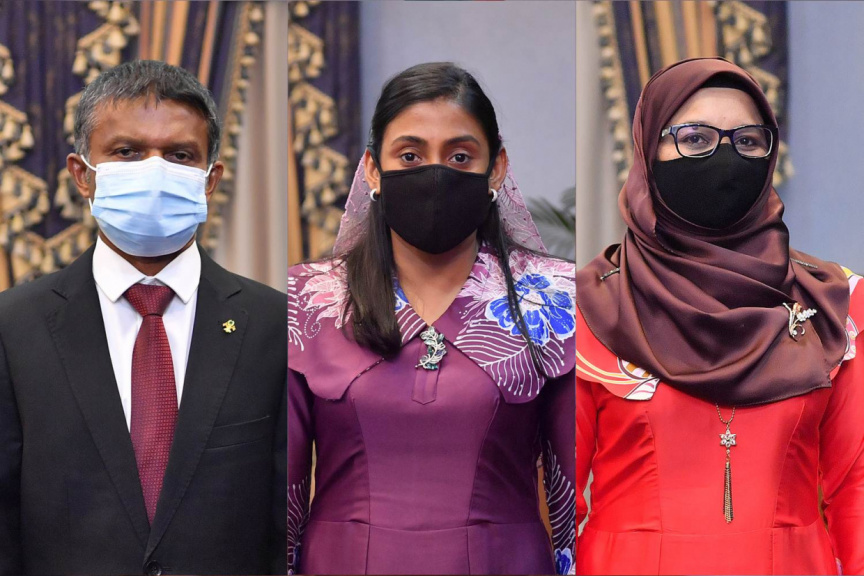 The Maldives has officially appointed new ambassadors to India, Pakistan, and the United Arab Emirates.

The letter of appointment was awarded to the ambassadors by President Ibrahim Mohamed Solih in a ceremony at the President’s Office today.

Dr. Hussain Niyaz from H. Niyaasa was appointed as the Ambassador to India. Dr. Niyaz last served as the ambassador of the Maldives to the United Arab Emirates. He has been serving in foreign relations for almost 14 years.

Aishath Shabeena was appointed as the Ambassador from the Maldives to the United Arab Emirates. Ms. Shabeena last served as the acting-High Commissioner of the Maldivian Embassy in India.

She has been working in foreign services for almost 26 years and has a Masters in Business administration.

Ms. Farzaana Zahir was appointed as the Ambassador from the Maldives to Pakistan. Ms. Farzaana last served as the deputy for the Permanent Representative for the permanent mission at the UN.

She has been serving in foreign relations for more than 19 years and has a Masters in Development Studies.