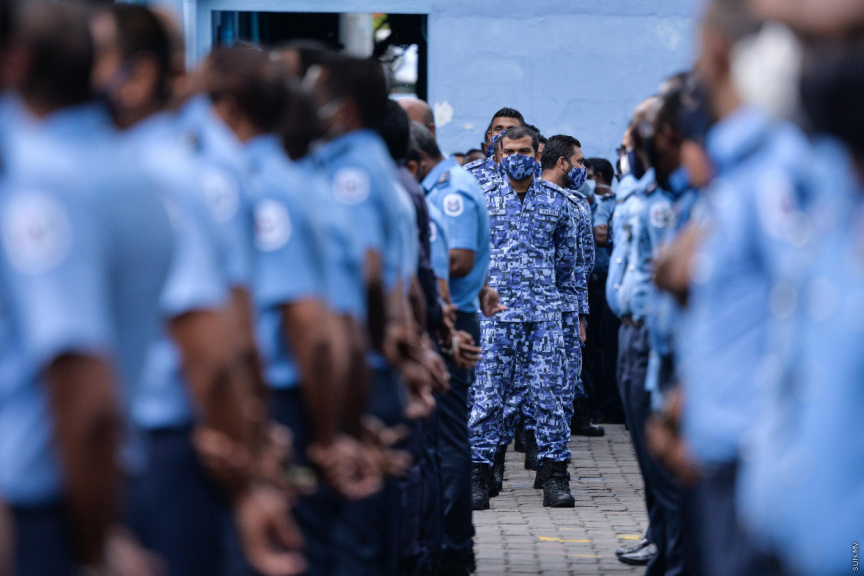 Commissioner of Police Mohamed Hameed has said that a total of 93 COVID-19 cases had been identified from the police force, out of which 56 remained as active cases.

The Commissioner said that other than officers, civil employees of the police had also tested positive for the virus and that efforts to strengthen preventive measures for the virus were now being implemented.

Health Emergency Operations Center had previously said that 67 from the police force had tested positive for the virus as well as 64 health workers.

The Maldives has now confirmed 4,594 cases of the virus. Currently, the country has 1,869 active cases with 110 patients hospitalized. A total of 19 deaths have been reported in connection with the virus in the country.