Legislature submitted to extend the term of current councilors 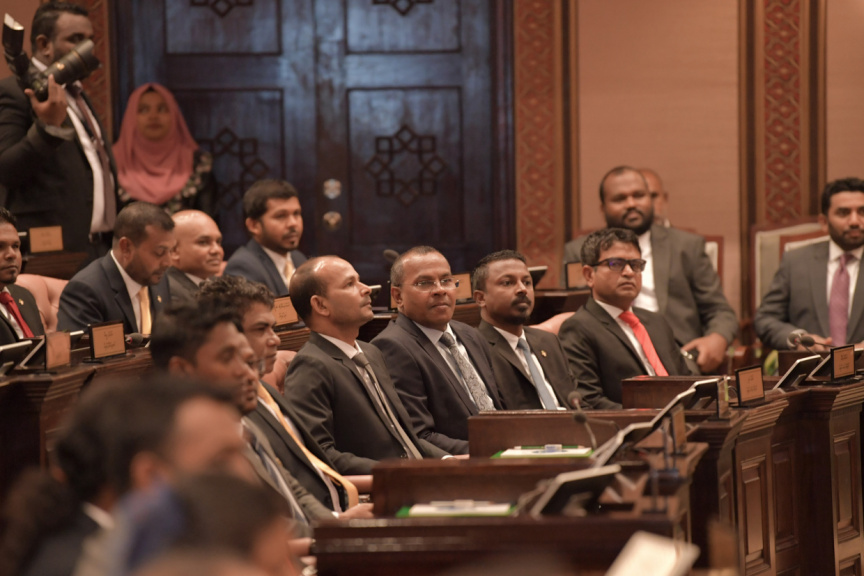 Parliamentarians attend the inaugural session of the Parliament for the year 2020 on February 3, 2020. (File Photo/President's Office)

The government has submitted an amendment to the Constitution, designed to extend the term of current councilors in order to mitigate the legal vacuum the unavoidable postponement of the Local Council Elections will create. The first reading of the bill is scheduled for Monday.

Maldives invoked a state of public emergency over the COVID-19 pandemic on March 12, and the Local Council Elections, which was originally scheduled for April 4, has been postponed to April 18.

The postponement, while necessary to prevent a possible virus outbreak, will create a legal vacuum, once the term of the current councilors expires on June 3.

The Parliament has released its agenda for Monday, which includes the first reading of two bills, both designed to address the legal vacuum. One is the Bill on Local Council Elections 2020, and the other is the Bill of the Fifth Amendment to the Constitution.

The bill to amend the Constitution was submitted on behalf of the government by Biledhdhoo MP Ahmed Haleem (Dhonbileh).

The reason for the bill has been declared as “the unlikelihood of being able to hold the election on April 18, given the state of public health emergency in effect”.

It states that the term of the current councilors must therefore be extended until such time the situation in Maldives accommodates such an election, and new councilors are sworn in to office.

The amendment is designed to take effect the moment it is ratified by the President.

Meanwhile, the second bill, the Bill on Local Council Elections 2020, was submitted on behalf of the Maldivian government by Thulhaadhoo MP Hisan Hussain.

It declares that the elections will not be held until State authorities declare there to be no cause for a public health emergency.

The bill, drafted by the Attorney General’s Office, states that the elections, which is now scheduled to be held on April 18, will be postponed the moment the bill takes effect, and the Elections Commission is required hold off organizing the elections until such time the State authorities declare the elections not be a threat to public health.

It says that the elections must be held on January 6, at the latest.

Therefore, it is likely the constitutional amendment is designed to extend the term of current councilors to January 6.

Maldivian: 9 tons of items for Maldivians in Sri Lanka