Qasim: Minimum wage cannot be enforced under current circumstances, setting it is useless 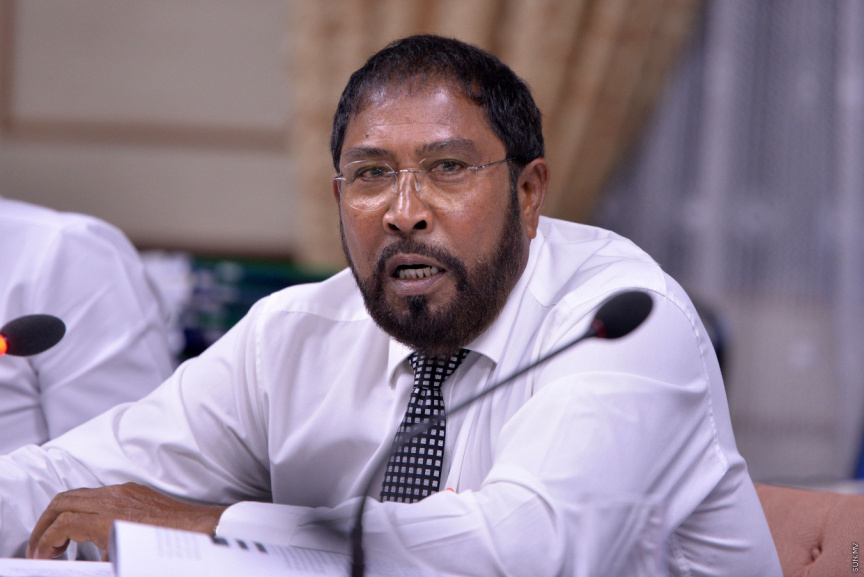 Maamingili MP Qasim Ibrahim, on Monday, said that declaring a national minimum wage, under the current circumstances, would serve no purpose, given the major blows the Maldivian economy continues to suffer due to the COVID-19 pandemic, making it impossible for Maldives to enforce a minimum wage, even if it was declared.

Qasim made the remark during a meeting of the Parliament’s Economic Affairs Committee for its review of the Salaries and Wages Advisory Board’s report regarding declaring a minimum wage.

The Chairman of Villa Group, Qasim said that now was not the right time to declare a minimum wage. He said that Maldives faced great challenges, and that enforcing a minimum wage would be near impossible.

“We face far greater challenges. Health challenges, economic challenges. Even if we set a rate today, we cannot pay that, under these circumstances. Therefore, we should not be wasting our time on something which isn’t possible,” he said.

Qasim said the COVID-19 pandemic had resulted in a global economic crisis, and had pushed the world into a time of great uncertainty.

The Maldivian economy, too, faces great challenges, he said.

During the public forum on minimum wage on March 4, the Chair of Salaries and Wages Advisory Board, Mariyam Khalida, too, noted that the Board had compiled the report before the COVID-19 pandemic had emerged.

She said that the Board projected the pandemic to have a major impact on the Maldivian economy, and no longer felt it was the right time to declare a minimum wage.

At the committee meeting on Monday, Qasim added that in some countries, minimum wages were set naturally, based economic and corporate development.

“Minimum wages are set automatically; based on the global economy, national economic growth, national development, and consumption rate,” he said.

Qasim said that when he had first joined civil service, an island chief earned MVR 140, while a private sector employee earned less than MVR 100. He said that local workers now earned a far higher salary, even without a minimum wage.

“Previously, a room boy earned less than MVR 200. They earned MVR 150. But is that the case now? And what about the shops in the local market? There has been a great change, like I said, even if we look at parliamentarians, government officials or even housemaids,” he said.

“This is not because of minimum wage. It will be self-determined based on national economic development and stability of the country in question.”

SHIYAM: THIS EQUALS STEALING EGGS FROM THE BELLY OF A HEN BEFORE IT LAYS THE EGGS, AND KILLING IT

Qasim’s remarks were seconded by Meedhoo MP Ahmed Siyam Mohamed, who described declaring a minimum wage under the current circumstances as “stealing eggs from the belly of a hen before it lays the eggs, and killing it.”

Siyam said that he was a firm believer in the right of workers to sufficient pay.

However, failure to consider the demand and supply when setting a minimum wage will push the Maldivian economy into recession, he said.

He said that he, too, felt it not be the right time to declare a minimum wage.

He said that he, in particular, did not support making minimum wage applicable to foreign workers. He said it was a feat which no government could accomplish.

BOARD: THE ENFORCEMENT OF MINIMUM WAGE CAN BE POSTPONED

Adnan Haleem, the Secretary-General of Maldives National Association of Construction Industry (MACI), who serves on the Salaries and Wages Board as a representative of the construction industry, said that the Maldivian economy faced different circumstances than it had faced only a few days ago.

“Today, employers have been forced to decide what to do with their employees. The occupancy rate at resorts keep falling. Cancellations keep on increasing. Imports are heading to a gradual stop. There is no money to pay construction bills,” said Adnan, who also serves as the Secretary-General of National Federation of Maldivian Employers.

Adnan said Maldives needed to consider all these factors, along with its future.

He said he was in support of delaying the declaration of a minimum wage.

“We need to reconsider rushing into setting a minimum wage, given the current circumstances. This is not the easiest time for employers. This will affect all jobs, in all industries,” said Adnan.

Mauroof Zakir, who serves on the Board as a representative of employees, said that while declaring a minimum wage remained important, he too felt it was not the right time for it.

He said that the report had been prepared without factoring in the COVID-19 pandemic, and it therefore required revision.

Mauroof said that Maldives could still set a minimum wage based on the report, and then postpone the enforcement of the minimum wage.

“We could postpone the enforcement of until we overcome the current economic challenges, or get back on the right track,” he said.

KAHLIDA GIVES THE REPORT A 7/10

The Board’s report itself has been criticized by MDP members, who said it was based on outdated data, and was therefore flawed. Khalida had waves off the criticism, saying the report contained sufficient information to be the basis for a decision on a minimum wage.

During Monday’s committee meeting, Naifaru MP Ahmed Shiyam said a Board member, during the last committee meeting, had said the Boar had faced challenges in preparing the report. He asked Khalida to measure the accuracy of the information on the report on a scale of 1 to 10.

Khalida responded that the accuracy of the information could be given a 7.

The Board’s original recommendation had been that the national minimum wage be set to MVR 6,400, and that a separate minimum wage within the range of MVR 6,400 to MVR 8,600 be set for civil servants and tourism sector employees.