Boat breaks in half after wrecking on Narudhoo seawall 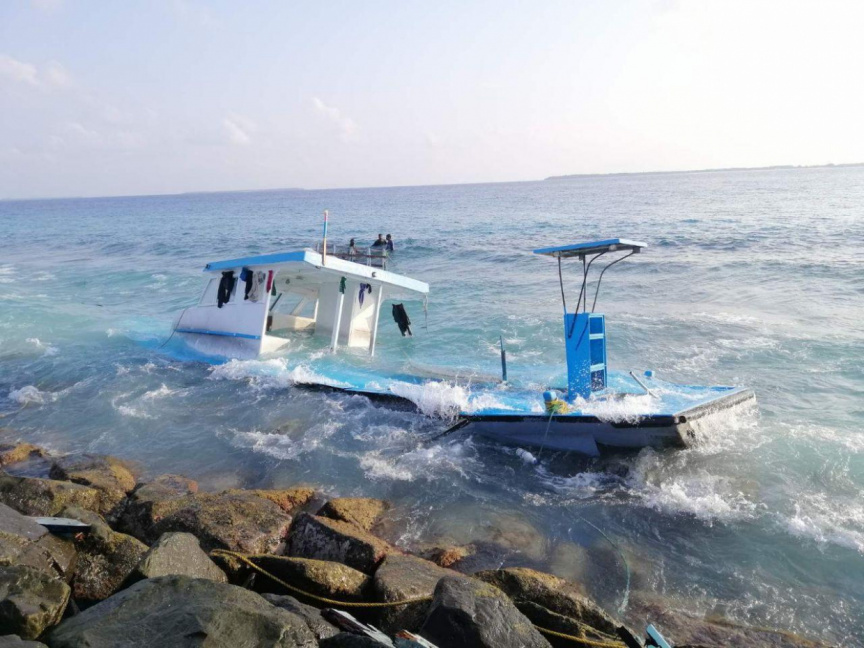 A fishing boat lays wrecked on the seawall of Sh. Naradhoo on March 2, 2020. (Photo/Reader Contribution)

A fishing boat, on Monday, was extensively damaged after wrecking on the seawall of Sh. Naradhoo.

Ali Ramzi, a local resident who spoke to Sun on Monday morning said the boat, owned by a resident of Sh. Komandoo, had wrecked on the reef at dusk on Sunday.

According to Ramzi, the boat had been attempting to enter the Naradhoo channel at the time, and it is unclear what caused it to wreck on the seawall.

He, however, noted that the beacon light on the had been out of service for the past four months, making the journey into the Narudhoo channel after daylight hours precarious.

There were four people on board the boat when the incident took place, some of whom sustained minor injuries to their hands in their effort to rescue the boat.

Ramzi said that prolonged exposure to the waves crashing onto the boat as it lay on the seawall had led to it breaking into half, and dislodging the engine, which had drifted onto the coral reefs in the area.

The boat has now been retrieved and hauled inland through the efforts of local residents, and attempts are being made to retrieve the engine.