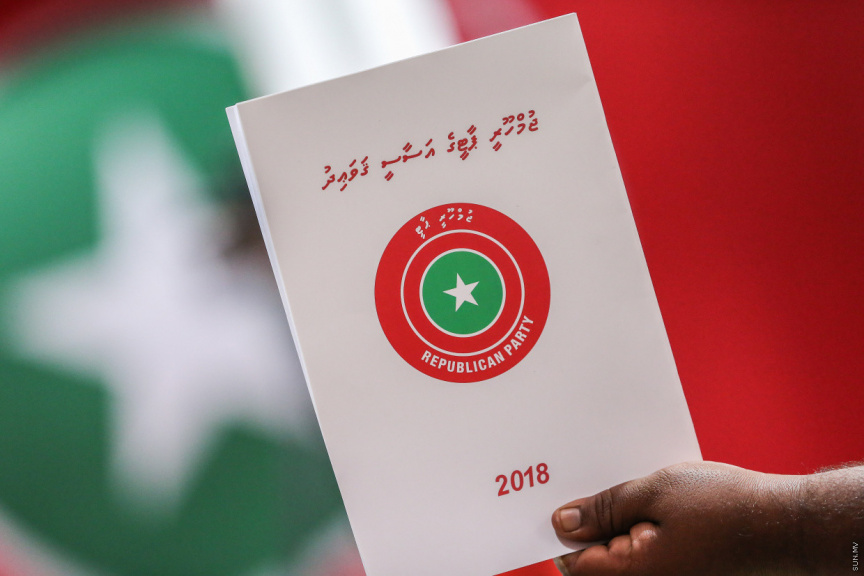 Photo shows a general regulations book of the Jumhooree Party. The party's first electoral primaries are to be held on February 12, 2020. (Sun Photo/Fayaz Moosa)

The primaries to select candidates by the Jumhooree Party for the local council elections will be held in three constituencies for now, according to the party.

The primaries are scheduled for this Wednesday. Ali Arif the party secretary stated to “Sun” today that the number of candidates needed to contest for a primary was only from three islands so far and the processing of forms of candidates was now underway.

“The constituencies for primaries, for now, are Male’ 15 (North West Maafannu) A. Dh. Maamigili and A. Dh. Fenfushi.” said Arif who added that the number may increase.

This will be the first time the party will be holding a primary. Primaries of the two biggest parties in the country, MDP and PPM have already been held.