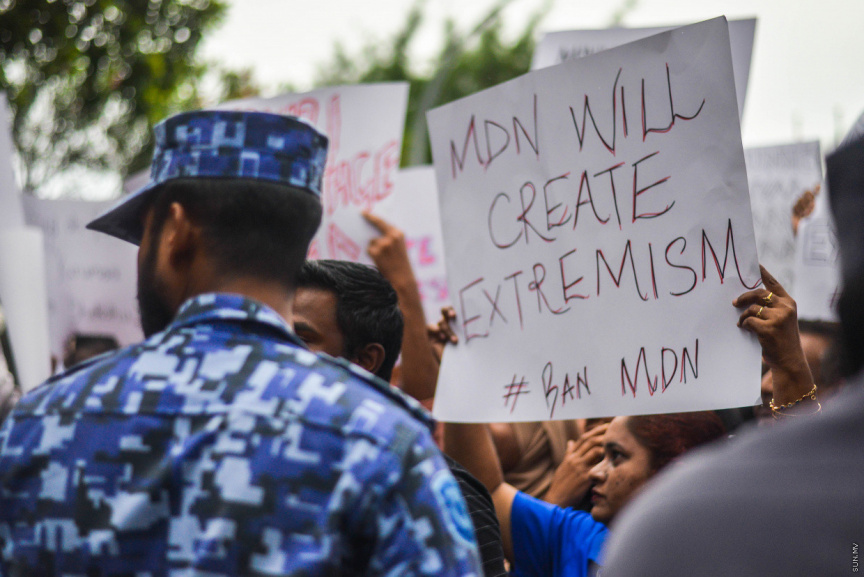 October 25, 2019; A protest in Male' city calling to ban the Maldivian Democracy Network due to the published report that mocked some tenets of Islam. (Sun Photo/Fayaz Moosa)

Police have released from custody the man who issued a death threat on social media on October 26 against Shahindha Ismail for her involvement in the controversial report by the Maldivian Democracy Network.

The 19-year old man was arrested in Fuvahmulah city after he retweeted a tweet by someone else that stated that the person “would not hesitate to kill” Shahindha Ismail.

Another man has also been arrested under the recently passed amendments to the Anti-Terrorism Act for making death threats targeted at Shaindha who was a leading figure of MDN.

Police are still investigating the matter of the controversial report by MDN and the organization was suspended shortly after the report hit the headlines.

The investigation by Police have so far concluded that the report included statements against the tenets of Islam.