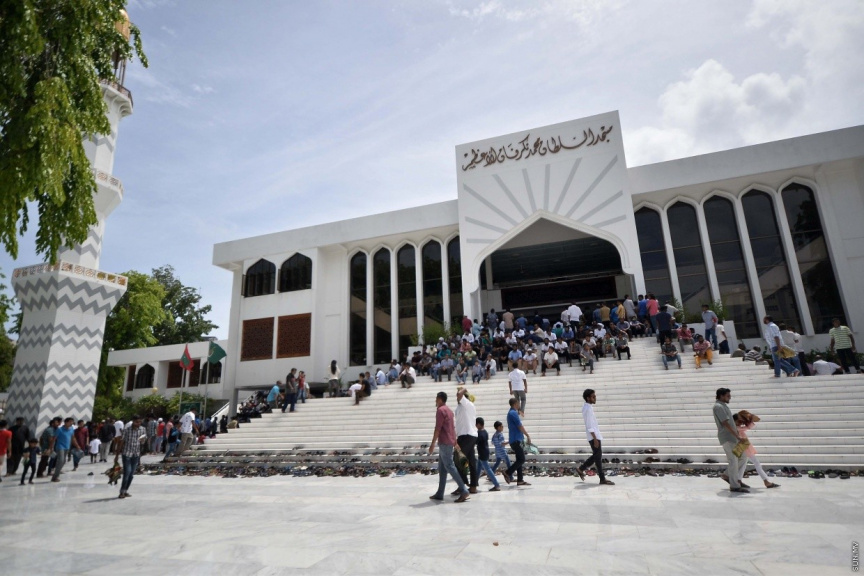 Today’s Friday prayers at the Islamic Center were concluded with a special dua against the spread of irreligious ideologies in the Maldives.

The Dua was taken part by a lot of worshippers after the Friday prayer at the Islamic Center today and prayed to prevent the spread of irreligious ideology in the country.

Tensions have been building up in the country after a controversial report by the Maldivian Democracy Network named the “Preliminary Assessment on Radicalization in the Maldives” hit the headlines for containing statements that went against the tenets of Islam and mocked the Prophet Muhamed (SAW).

Ministry of Islamic Affairs stated that the special Dua today was not conducted by the Ministry, but by private individuals who took the initiative.

The Police investigation into the report has so far concluded that the report contained statements against the tenets of Islam after an assessment by religious scholars. The findings of the case have now been passed onto the Youth Ministry which oversees such organizations.

A large number of the public has also been campaigning to ban the organization and to arrest those involved in the report.

Ugail: Damned are those who mock the Prophet (SAW)

Maldives to be advertised on Celta Vigo kit for MVR 15M