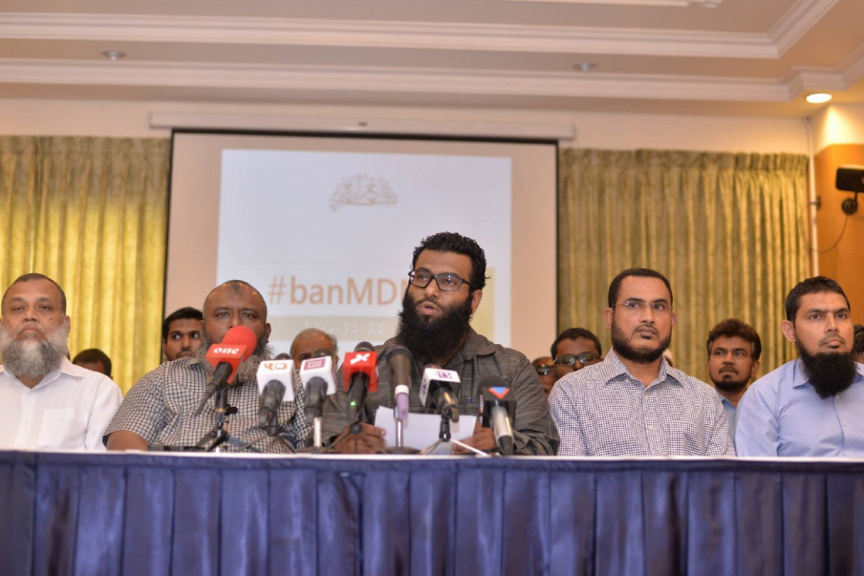 A news conference held by the "Ilmuveringe Gulhun" against the controversial report by MDN. (Sun Photo/Fayaz Moosa)

An organization formed in the aftermath of the controversial report by Maldivian Democracy Network, “Ilmuveringe Gulhun” has advised religious scholars of the country against going out at night and to remain alert.

The organization formed by religious scholars noted five main points in its statement of caution.

The organization has been campaigning to ban the Maldivian Democracy Network alongside a large number of the public. A rally was held in the capital Male’ city against MDN. Rallies have also been held in several islands across the nation calling to ban MDN.

MDN is currently suspended and a committee of religious scholars is currently reviewing the report it published.

Maldives aims to conserve 20 percent of its ocean