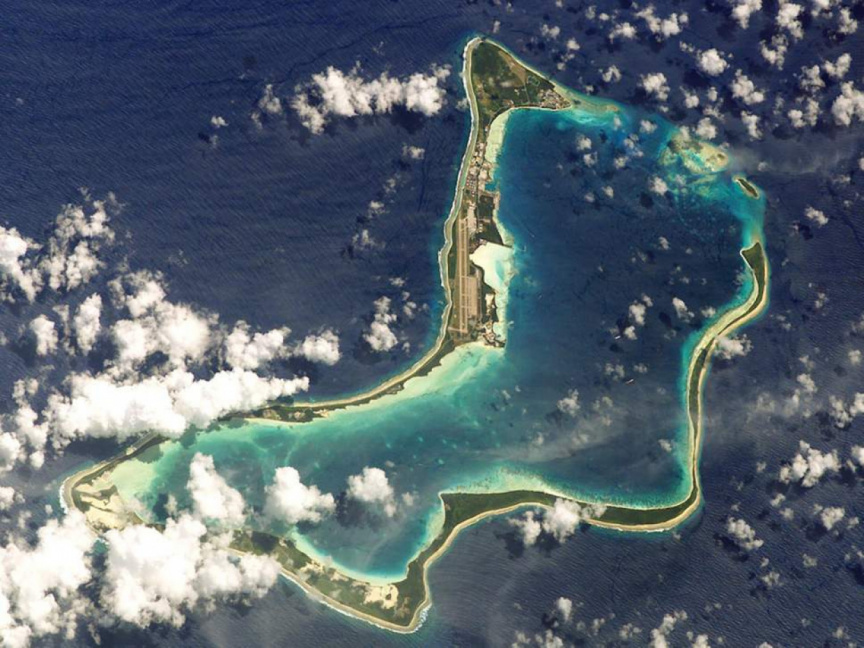 Chagos Archipelago, an atoll in the Indian Ocean located 310 miles off the coast of Addu City. (File Photo)

Maldives and Mauritius has submitted the dispute over its maritime boundary to the International Tribunal for the Law of the Sea (ITLOS) for delimitation.

The dispute was sent to the ITLOS due to the overlap of Mauritian territorial waters with the Maldives Exclusive Economic Zone.

The disputed territory is the waters between Addu City and Chagos archipelago – which lies to the south.

ITLOS has established a nine-member special chamber, which includes ITLOS’s president Paik Jin-hyun, to look into the dispute.

Mauritius had claimed Chagos archipelago as its sovereign territory since the 18th century. However, the British Empire, in 1965, excised Chagos from Mauritius, and claimed sovereignty over Chagos in exchange for three million pounds to form the British Indian Ocean Territory (BIOT).

Chagos was excised from Mauritius three years before it gained independence from British rule.

The British Empire, from 1967-1973, commenced to relocate its citizens at Chagos to Mauritius, Seychelles and the UK in order to establish a military base at Diego Garcia in collaboration with the US.

International Court of Justice, on 25 February 2019, ruled that UK was in violation of United Nations resolutions banning the dismemberment of colonial territories before independence, and instructed it to end its administration of Chagos as soon as possible.

Diego Garcia is mentioned throughout Maldivian history. French navigator François Pyrard de Laval makes mention of Maldivian citizens being sent to Diego Garcia during the reign of Sultan Ibrahim Kalaafaanu – prior to inhabitation of the island by Mauritians.

The Foreign Ministry, in its statement over the decision to vote against the UN resolution, said that the Maldivian government could not support any proposal that diminishes the country’s territory as laid out in the 2008 constitution and domestic law.

119 member countries had voted in favor of the resolution, and only Maldives, UK, US, Hungary, Australia and Israel had sided against it.