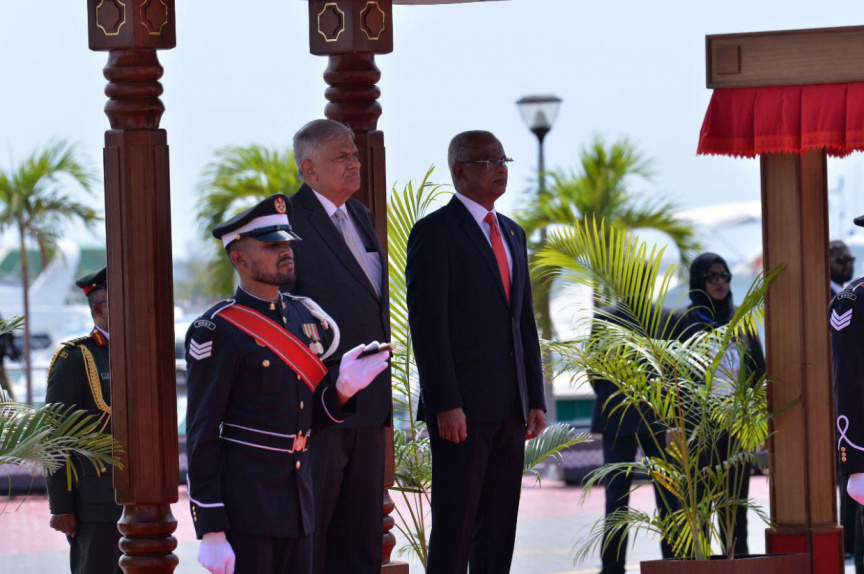 The Government of the Maldives welcomed Prime Minister of Sri Lanka, His Excellency Ranil Wickremesinghe and his spouse, Professor Maitree Wickremasinghe, at the Republic Square today with a ceremony.

The Prime Minister and his spouse were received by His Excellency President Ibrahim Mohamed Solih and First Lady Fazna Ahmed at the Presidential Jetty in Male'.

A welcome performance by Maldivian school students was held at the location before the Prime Minister and his spouse were escorted to the Saluting Dais and a 7-gun salute fired in his honor by the Maldivian National Defense Force (MNDF). The National anthems of both Maldives and Sri Lanka were also played by the Maldivian military brass band.