Hisaan to be the next parliamentary representative at JSC 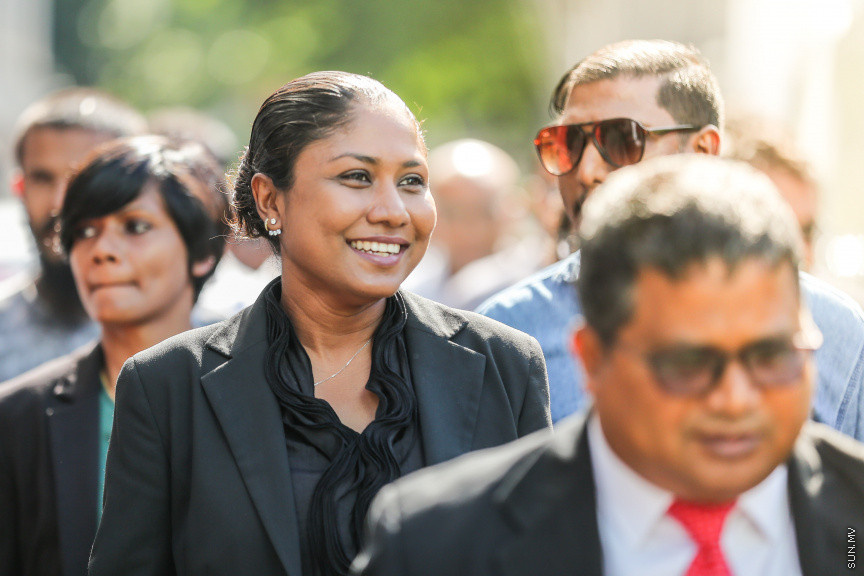 ‘Sun’ has been informed MDP’s parliamentary group made the decision to nominate Hisaan to JSC during a meeting held ahead of the Parliament sitting this Wednesday morning.

The Parliament is scheduled to take a vote to select is representative at JSC later this Wednesday.

Hisaan is expected to be selected the next parliamentary representative at JSC without hindrance as MDP now enjoys an overwhelming majority at the Parliament.

Hisaan is one of the country’s leading legal attorneys. She previously served at the Attorney General’s Office, and as Legal Secretary of the President during President Mohamed Nasheed’s presidency before going into private practice.

She has often gone head to head with Maldivian judges and judicial institutions such as JSC and is a strong advocate for judicial reform.