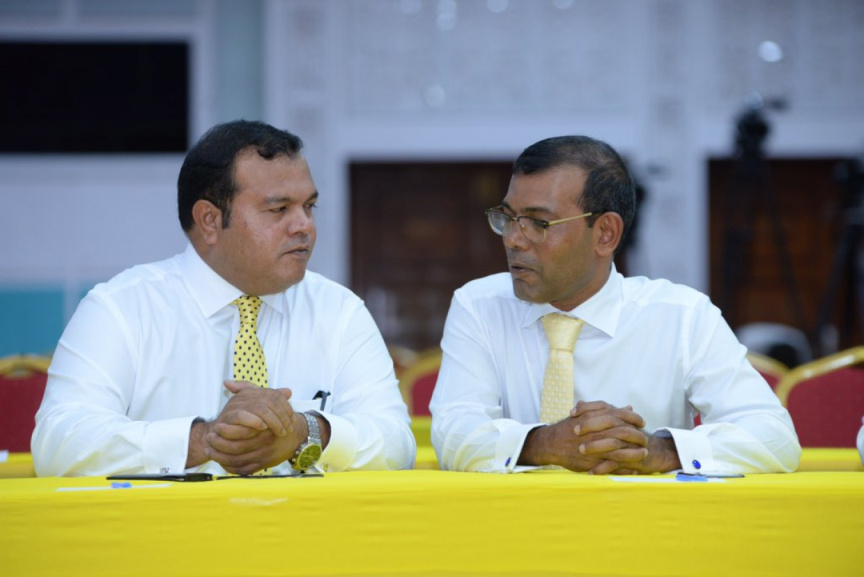 The decision was made after an internal vote during the special Parliamentary meeting of the party held at Dharubaaruge, last Monday night.

MP of North Hithadhoo constituency Mohamed Aslam and MP elect of Vilufushi constituency Hassan Afeef were the heavily contesting members for the candidacy of the party for the post of Speaker, prior to the meeting.

However, MP Aslam put forward President Nasheed’s name for the post of Speaker, stating that he would be the perfect choice for the post and the most beneficial to the party. This was backed by Afeef and got the support of all the members of the party’s parliamentary group. and Nasheed was elected the MDP candidate for Speaker of Parliament unanimously.

Nasheed initially refused the candidacy and only accepted it after a phone call with a “close friend” – whom he did not name.

Nasheed was handed MDP candidacy for Speaker of Parliament unanimously.

MP Eva Abdulla's name was submitted to the meeting by the MP of North Maafannu, Imthiyaz Fahumy for the post of Deputy Speaker of Parliament. She was also passed for candidacy unanimously.

Hisaan to be the next Majlis representative at JSC