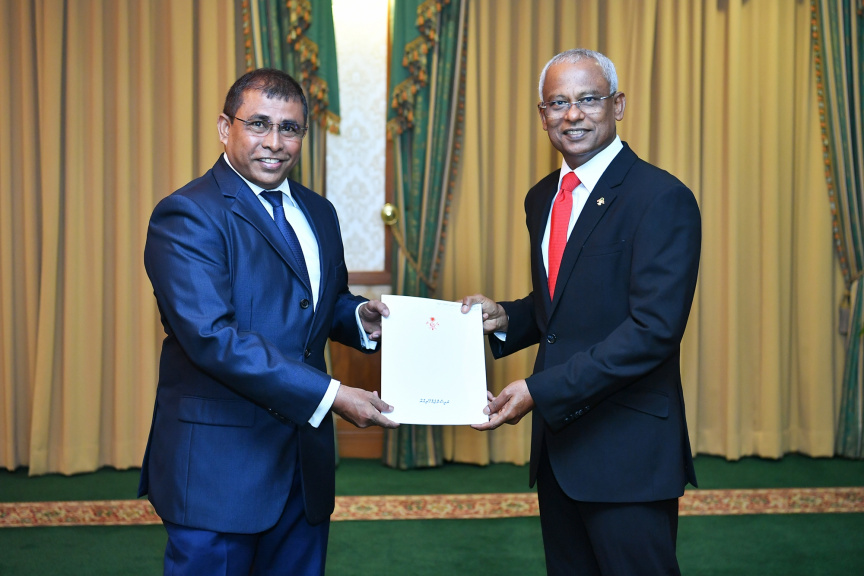 Mausoom was presented with his letter of appointment in a function held at the President’s Office this Monday morning.

Mausoom, who obtained Doctor of Philosophy from University of Birmingham in the UK, has a record of service at high-level positions within the State.

He previously served as Minister of Tourism, Minister of Environment, and as representative for Kelaa constituency at the Parliament.

He last served as Chief Executive Officer of Stream Liners Private Limited prior to his appointment as Ambassador to Singapore.