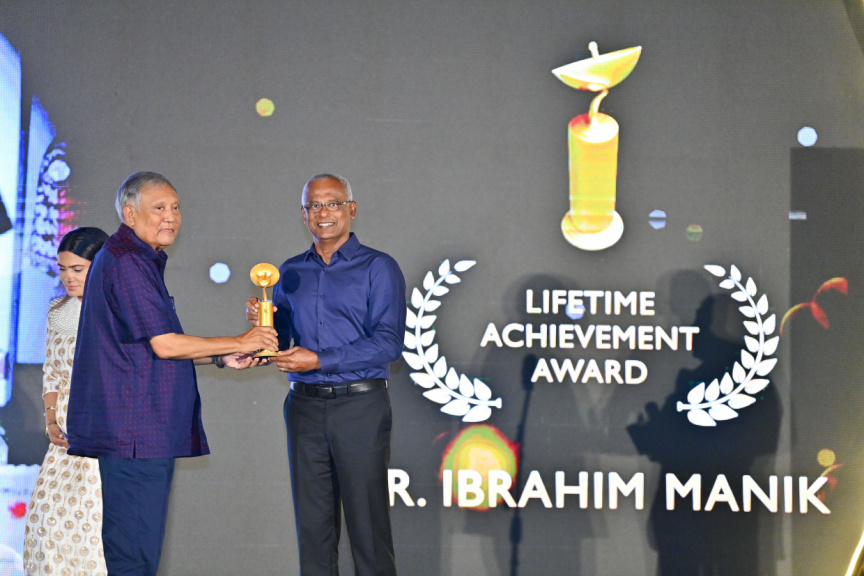 Ibrahim Manik, 72, who recently received the Broadcasting Lifetime Achievement Award, died in a hospital in Bangalore, India, on Wednesday morning.

The President’s Office announced that the Maldives Broadcasting Commission (BroadCom) will host a memorial service for him.

The PO has also announced the decision to open a book of condolences in his memory, which will be placed at the Dhivehi Raajjeyge Adu (DRA), where he had served for over 27 years in his long career in the broadcasting industry.

President Ibrahim Mohamed Solih has conveyed his deepest condolences to Ibrahim Manik’s family, noting the invaluable services he rendered to the progress of the Maldives' broadcasting industry.

Ibrahim Manik dedicated most of his life to the broadcasting industry. He worked as the English secretary, program planner, and producer for Radio Maldives. In DRA, he served as a program producer, assistant director, deputy director, and director.

During his 27-year career in the industry, he also served as the director general of broadcasting at the Department of Information and Broadcasting.

In 2022, he received the Broadcast Lifetime Achievement Award conferred by BroadCom for his invaluable services to the industry.