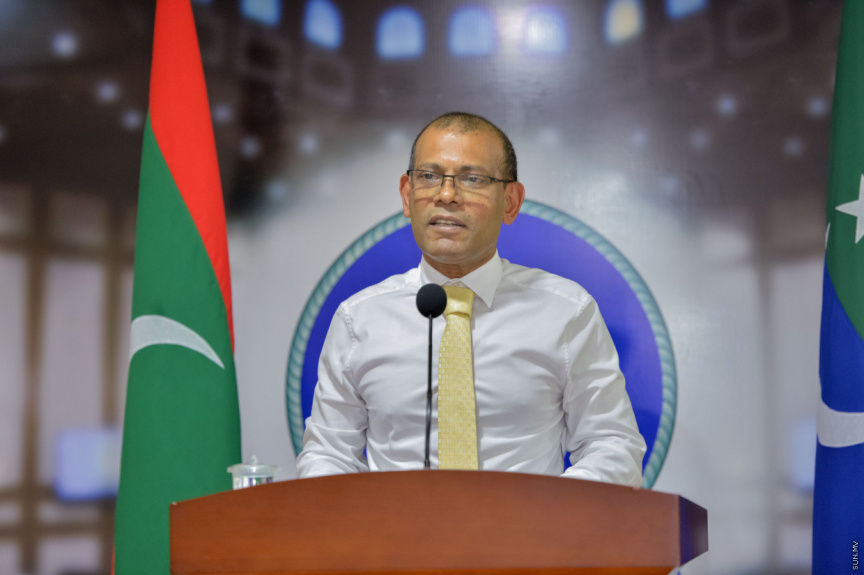 Former President and Speaker of the Parliament Mohamed Nasheed has decided to commence his Presidential campaign from Gdh. Thinadhoo.

The leader of Maldivian Democratic Party (MDP) has previously given an indication of his intention to contest in the upcoming elections slated for 2023.

Moreover, members of MDP who stand with Nasheed have said that he will be contesting. This includes Deputy Speaker of Parliament and MP for South Galolhu constituency Eva Abdulla, who have spoken about Nasheed running for the presidency.

MP Eva made this announcement during the campaign run for MP Imthiyaz Fahmy who was contesting for MDP’s Chairperson in April.

In addition to this, a WhatsApp group has been created to plan and organize the campaign work for Nasheed. Discussions have been held within this group about the primary. Some of the chatlogs of this group have been leaked as well.

A person in close connection with Nasheed has revealed to Sun that the official commencement of his campaign will kick off from Thinadhoo on Friday.

MDP had officially announced that the primary will be held after the party’s congress. However, the talks about the primary have been halted.

Responding to the many questions asked by the press about the primary, MDP’s Spokesperson Anas Abdul Sattar said that the delays were due to things that need to be completed administratively.

Man sentenced to life in prison for drug trafficking