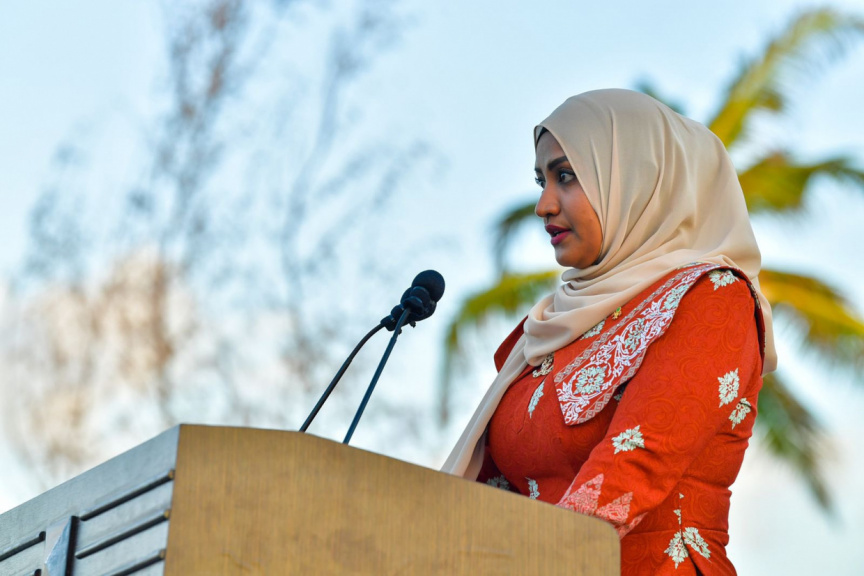 The government will not allow the investigation of the case lodged against Transport Minister Aishath Nahula with the Anti-Corruption Commission (ACC), even if the commission wanted to conduct the investigation, states Abdul Raheem Abdulla, leader of opposition People’s National Congress (PNC).

The case was lodged by a former political appointee to the Transport Ministry, accusing Nahula and the ministry’s Assistant Director Rushuna Rashad of financially benefiting from the registration of vehicles.

The two of them have been accused of misusing an amendment to vehicle registration regulations to illegally register 57 vehicles.

Abdul Raheem told Sun Nahula should be suspended based on the seriousness of the accusation against her.

The rules should apply to all Transport Ministry employees, he said, referring to the decision to suspend Rushuna for possible involvement in illegal registration of vehicles earlier this month.

Abdul Raheem said President Ibrahim Mohamed Solih would not dare to take action against Nahula, and accused his administration of facilitating corruption.

“President Solih knows they will rise against him if it reaches the point of Nahula’s dismissal. Qasim [Ibrahim] is aligned with the government for two reasons. To get compensation from the government. And to defend Nahula’s post. President Solih will not dare take action against Nahula,” he said.

Abdul Raheem said the government would not allow an investigation into the case, even if the ACC wanted to conduct the investigation.

He said the opposition would lodge a no confidence motion against ACC members with the Parliament when that happens.

“This is what has happened in the past. Anti-Corruption Commission is independent in name, but enslaved in truth,” he said.

Abdul Raheem said that ministers accused of acts of corruption to line their pockets should be investigated regardless of who they may be.

Adhurey: Imprisoned is not Yameen, but Maldivians’ hope

'Will undertake all possible efforts to save Yameen'

'Those who worked to elect this govt. are enemies'