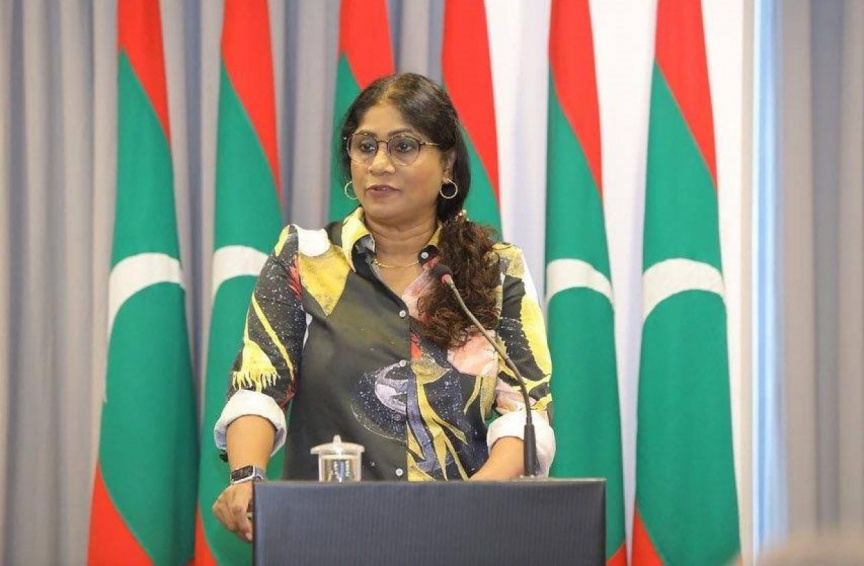 Speaking at the opening ceremony of the ‘National Stakeholder Discussion on Integrated Border Management’ organized by the International Office for Migration (IOM) Maldives – Minister Mariya said that these challenges to securing Maldivian borders arise from maritime nature of the nation’s borders, the geographic formation of Maldives, and the presence of critical threats that emanate from the proximate maritime space.

“Maldives faces a myriad of unique challenges in securing our borders. These primarily stem from the maritime nature of our border, the geographic make-up of Maldives, and the presence of critical threats that emanate from the proximate maritime space including terrorism, transnational organized criminal activities and theft and misuse of marine resources,” she had said.

Noting that the need for development always dictates the facilitation of trade and movement within and beyond national borders - Minister Mariya underscored that increased cross-border activities have also increased security challenges and threats, including transnational crimes and terrorism.

She said that these reasons amongst others make border management an increasingly important issue in the discourse on Maldives’ national security affairs.

“It is within this background; this administration has consolidated border management as a defense function,” she added.

Minister appealed to stakeholders participating in the discussions to put forth inputs and suggestions to further improve the system in place.

“I also ask all of you to engage in the discussions with deference to the seriousness of the evolving security situations and the many ways it impacts Maldives,” she stressed.

New regulation to be formed to help trafficking victims