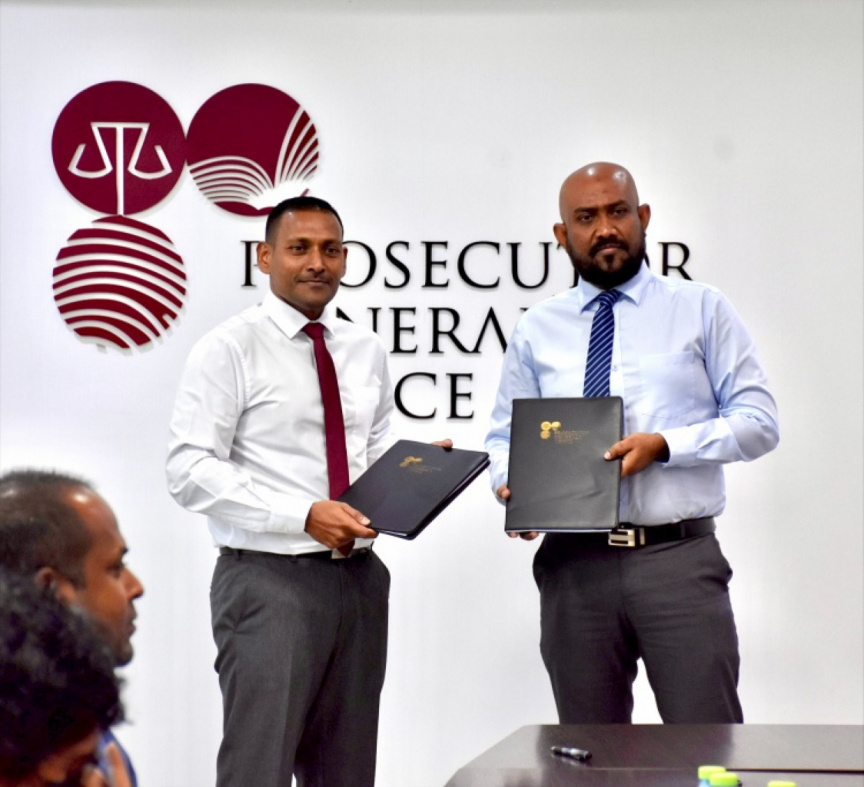 Prosecutor General Hussain Shameem and President of ACC Adam Shamil signing an agreement for PGO and ACC to work together. (Photo/PGO)

All five cases are in duty prosecution.

ACC’s spokesperson told Sun on Tuesday the commission has begun making the revisions as requested by the PGO.

This does not mean the cases will not be tried in court, said the spokesperson.

The five cases include requests for charges against individuals and businesses implicated in the MMPRC corruption scandal. However, ACC has not disclosed details regarding the cases.

ACC said the details will be released once the revisions and discussions are complete.

The Parliament has released a list of 281 alleged recipients of the funds stolen from MMPRC. They include 119 people in various state positions and 16 incumbent MPs.

The funds stolen from MMPRC is estimated to be above MVR 3.4 billion. Recovering the funds is one of President Ibrahim Mohamed Solih’s electoral pledges.