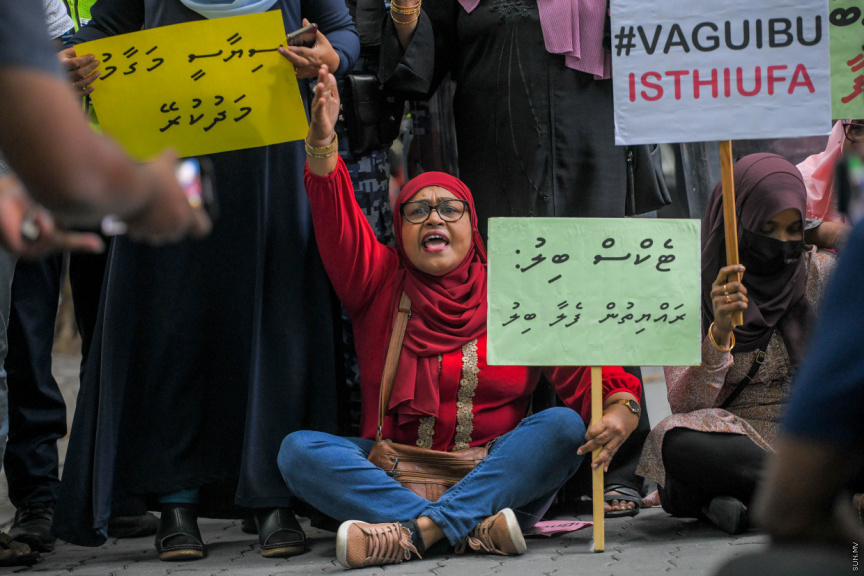 The PPM-PNC coalition stages a protest outside the Parliament against the tax hike bill on November 16, 2022. (Sun Photo/Mohamed Hayyan)

The bill was ratified Tuesday.

With the ratification of the bill, GST will rise from 6 percent to 8 percent, and TGST from 12 percent to 16 percent starting next year.

The bill was submitted to the Parliament on behalf of the government by Ihavandhoo MP Mohamed Shifau.

It was passed with a majority vote of 55 out of 88 MPs on November 16. In a surprising turn, the MPs who voted for the bill included Faresmaathosa MP Hussain Mohamed Latheef – a member of the opposition People’s National Congress (PNC) – one of the biggest critics of the bill.