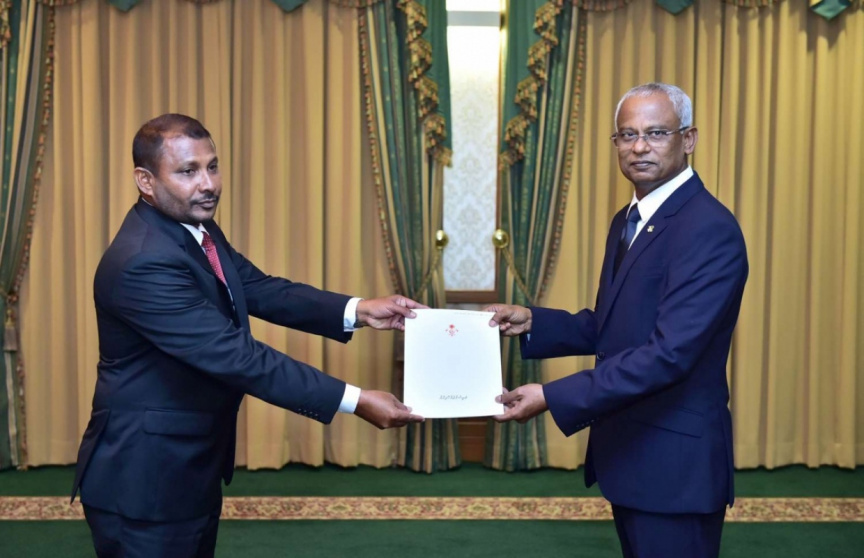 State Minister for Education Ahmed Riyaz has been paid over MVR 200,000 during the six months he has been suspended in connection to a sexual harassment investigation against him.

President’s Office instructed the Education Ministry to suspend Ahmed Riyaz six months back, on May 29.

He was put on paid suspension.

While the government has yet to confirm the nature of the ongoing investigation against Ahmed Riyaz, credible sources report he was suspended in response to an accusation he sexually harassed an employee at the Education Ministry.

The government has not commented on the reason for the delay in the investigation.

When questioned why he has been on paid suspension for so long, Miuvaan responded that it was “just the way it is”.

“He was put on paid suspension. So, he continues to get paid,” said Miuvaan.

Education Ministry was not immediately available for comment regarding the case.

State ministers receive a basic monthly salary of MVR 25,000. Coupled with allowances, they take home over MVR 41,200 each month.

Therefore, during the six months Ahmed Riyaz has been suspended, he has received over MVR 200,000.

Ahmed Riyaz is a member of the council of Maldives National Party (MNP). He was appointed a state minister on a slot granted to government coalition partner, Maldives Reform Movement (MRM). His younger brother, Abdulla Riyaz is Thimarafushi MP and MDP’s deputy leader.

The Parliament recently approved increases in tax rates to raise the state’s income. And the Finance Ministry has issued a circular ordering a freeze on promotions and paid overtime at government offices.

The continued appointment of people to high-paid political posts amid the current climate of economic uncertainty has prompted criticism against the government.