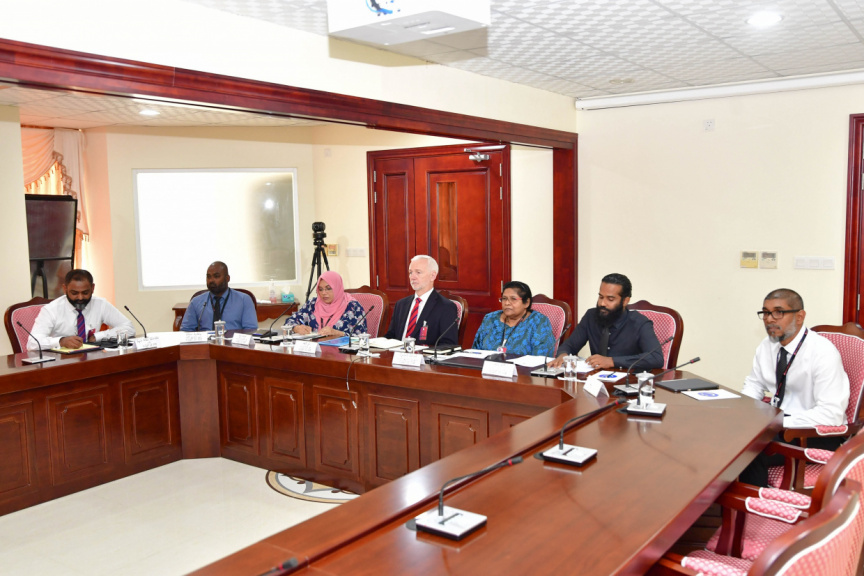 Bank of Maldives (BML) on Monday stated that there was no proof that the scam calls and messages are being done from within the jails.

The Parliament’s State-Owned Enterprise (SOE) Committee held a meeting with some of the senior officials of BML regarding numerous customers of the bank being scammed of their money.

During this meeting, committee chair Hulhudhoo MP Ilyas Labeeb questioned the rumours about the scam calls mostly originating from the jails.

Responding to those questions, BML’s Chief Compliance Officer Mariyam Hameed said that although rumours circulate on social media, there is no evidence to support the claims that it is being done by inmates.

“Cannot say that it is done directly from the jail. There is no evidence for it.”

Mariyam further said that it cannot be said the calls originate from a certain place and that Maldives Police Service did not share any such information either.

The issue of people being scammed of their money through fraudulent calls and messages is a huge issue in Maldives.

Commissioner of Police Mohamed Hameed recently spoke on the issue during a press conference.

He noted that most of the local sim cards are purchased by migrants, most of whom are no longer even in Maldives.

“An average of 5000 sims under one individual. They have previously lived in Maldives but no longer do. Those who run scams and terrorist acts will use those.”

Furthermore, Cp said that actions have been taken within the past four years to stop crimes committed using sim cards.

BML to offer unsecured loan, financing up to MVR 1.2M