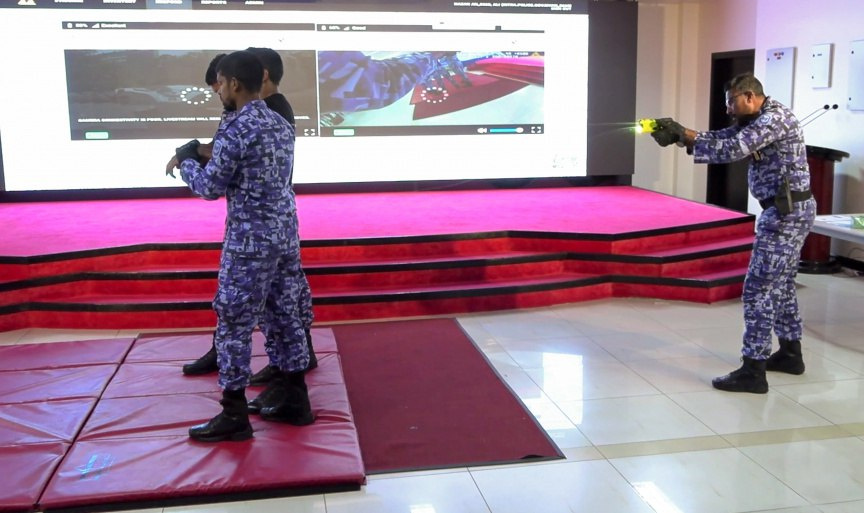 Police demonstrate the use of taser guns on November 16, 2022. (Sun Photo)

Maldivian police are preparing to begin using taser guns as a tool when making arrests in high-risk operations.

Police demonstrated the use of taser guns in a press conference Wednesday.

Commissioner of Police Mohamed Hameed states that the rollout of taser guns will come with rules on how and when it can be used.

The purpose of introducing taser guns is to provide police with more options for the use of legal force in making arrests in high-risk situations, he said.

“Taser guns are far safer than batons. Safer than pepper spray too,” he said.

Police said they currently have 25 taser guns in stock.

According to police, taser guns will be used by officers ranked sergeant and higher.

They will undergo a five-day training program before they begin using taser guns, said police.

According to police, the taser guns will be used with bodycams.

The bodycam of the officer and nearby officers will go live as soon as their taser gun is activated, said the police.

Taser guns send an electric current that can incapacitate the person who is tased for five seconds.

Maldives’ police are set to begin using taser guns in the beginning of next year.