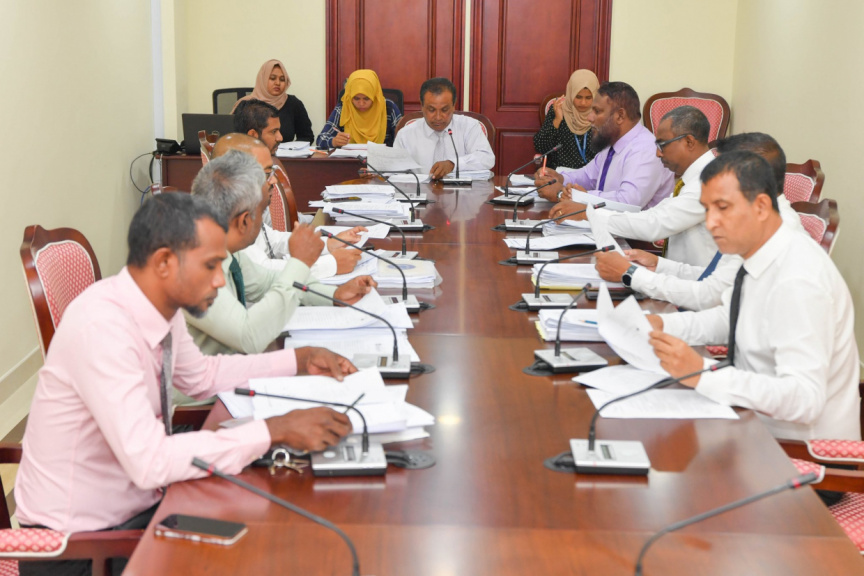 The amendment in question restricts companies that can apply for rebroadcasting license to 100 percent Maldivian-owned companies.

Regulations Committee, which is reviewing the amendment, passed its recommendations to the BroadCom on Wednesday.

“We made the decision after meeting with all rebroadcasters and based on concerns from private broadcasters,” he said.

Amir said the amendment is being reviewed by two additional committees, and the floor has yet to make a decision.

If the amendment remains in place, the license issued to DhiraaguTV will lapse on January.

Ooredoo Maldives has also expressed concern over the amendment.

In a meeting with the committee, Ooredoo’s Chief Commercial Officer Hussain Niyaz said they found the amendment restrictive to trade.

“The regulations are far broader than the Broadcasting Act itself,” he said.

Dhiraagu has filed a lawsuit against BroadCom after its application for renewal of TV rebroadcasting license was rejected in July, based on the new amendment, and was granted an injunction to maintain its license pending the outcome of the court case.

Reliance on trusted sources urged for reporting on fire