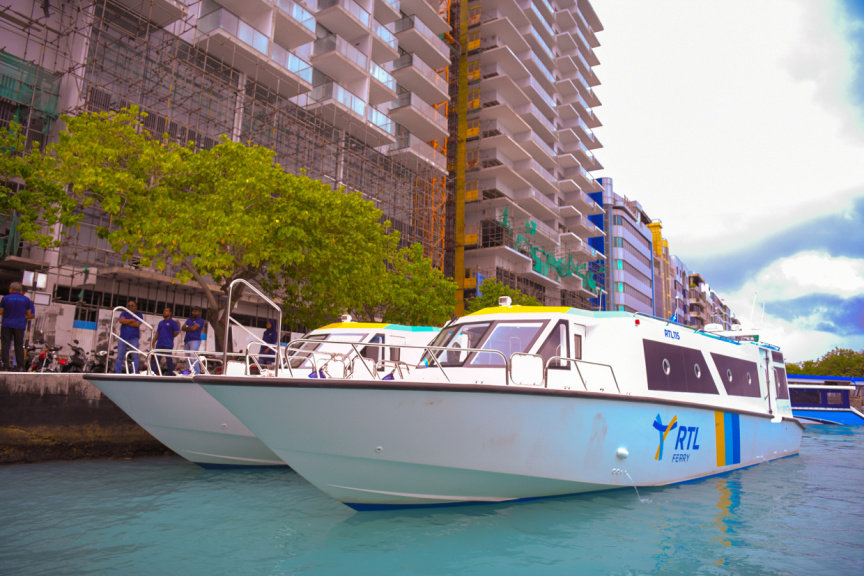 Maldives Transport and Contracting Company (MTCC) has stated that the speedboats required to commence high-speed ferry service at Lhaviyani Atoll under Raajje Transport Link (RTL) have been dispatched to the atoll on Wednesday.

“We are planning to start the service at Lhaviyani Atoll tomorrow afternoon,” he added.

Trial trips will be undertaken for a week after the commencement of service, which will be fare-free. Reservations can be made for trial trips through island councils.

The ferry service will be available at all residential islands at Lhaviyani Atoll. Customers will be charged for the fare after the trial week.

“Children under the age of three, and persons with disabilities can travel free,” Shahid added.

Lhaviyani Atoll operations will be on three routes – of which one will be reserved for airport trips. Shahid underscored the possibility of small changes to the routes after the trial week.

RTL ferry service is provided under the government’s ‘Integrated National Public Ferry Network’ which aims to connect the Maldivian islands through a high-speed ferry network. This is an electoral pledge of President Ibrahim Mohamed Solih.

The first phase of the ‘Integrated National Public Ferry Network’ aimed to link 41 islands in the atolls; Haa Alifu, Haa Dhaalu and Shaviyani – referred to as Zone 1. RTL high-speed ferry services have commenced at all three atolls.

Launch of service at Lhaviyani Atoll will make it the fourth atoll, and the first atoll under the second phase of the project.