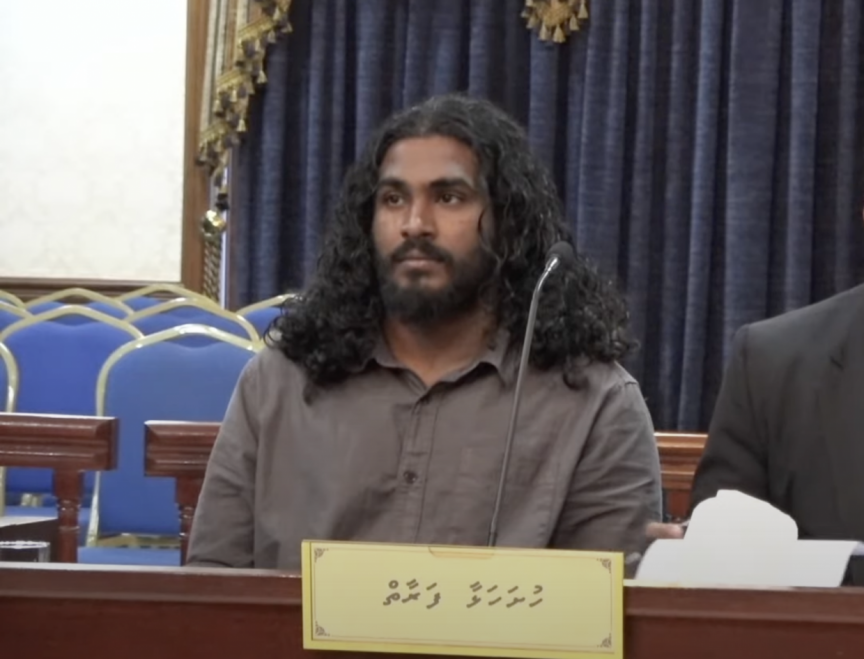 High Court has overturned the ruling by Criminal Court acquitting alleged drug kingpin Arshad Khalid on a break-in that took place back in 2016.

Arshad, 26, Allora, GDh. Hoadedhdhoo, is accused of breaking into View Construction office, located on the second floor of a building in Galolhu district of Male’ City on August 20, 2016, and attempting to steal money from two money safes inside the office.

He was put on trial on charges of attempted theft and destruction of private property.

However, the Criminal Court acquitted him in 2019.

The state appealed the ruling with the High Court, which overturned the ruling Tuesday, citing that the court failed to consider the evidence submitted against Arshad.

The High Court found that the Criminal Court failed to consider the evidence submitted by the state to prove the shoe print taken off a desk at the office matched with Arshad’s shoe, and video analysis of the CCTV footage which showed Arshad’s face to be a match with the robber caught on video.

The High Court ordered a retrial of the case.

The ruling was issued with the unanimous consensus of the bench.

Arshad had been arrested in January 2020 in a counter-drug operation which saw police raid ten properties in Male’ City, and seize nine kilos of heroin and four grams of cocaine, along with MVR 4.6 million in drug money.

Eight people were charged in the case. However, only two of them were convicted, and the other six, including Arshad, were acquitted. The ruling has been appealed with the High Court.

After his acquittal, Arshad was later implicated in a major counter-drug operation in December 2021 in which the police seized 119 kilos of heroin. In a statement after the raid, police identified Arshad as the leader of the drug trafficking ring.

However, he had fled Maldives before the police made the bust.

He was arrested upon return to Maldives in October, but was later released.