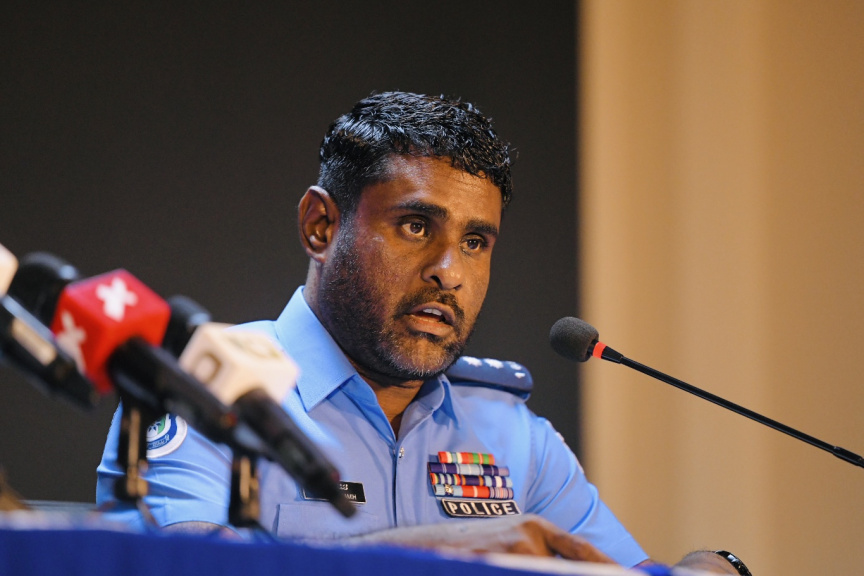 Police investigators have established the deadly fire in Male’ City’s Maafannu district last week originated from the car repair garage, but have yet to determine the cause of the fire.

The fire broke out at M. Nirufehi, located near the Maaveyo Mosque, around 12:30 am Thursday. The garage is located on the ground floor of the building, while the first and second floors housed cramped accommodation for migrant workers.

The fire killed 10 migrant workers and critically injured one.

Samih said the investigation into the fire remains ongoing.

However, investigator have yet to determine the cause of the fire.

“Investigative findings establish the fire originated from the garage,” he said.

According to Samih, there were 26 people living in Nirufehi when the fire broke out.

Samih said the building was constructed with a wooden deck, making it easier for the fire to spread.

“Because of this, it took one-and-a-half minute to two minutes for the fire that broke out in the garage to spread to the entire building,” he said.

Samih said the garage on the ground floor was permitted for operations in Hulhumale’, and that it was operated in Male’ illegally.

He said the police were investigating the case.

“Investigative findings show a business registration under the name of the owner of the garage operated out of M. Nirufehi, under the name ASM Garage, and that the business was permitted for operation in Hulhumale’,” he said.

The owner of the garage, who spoke to Sun on condition of anonymity Thursday, claimed the fire did not originate from the garage but from near the wooden staircase that led up to the accommodation.

The police are coordinating efforts with the Maldivian Foreign Ministry and the Indian High Commission and the Bangladesh High Commission to transport the bodies of the victims back home to their families.

The bodies of three Indian nationals have been sent back home.