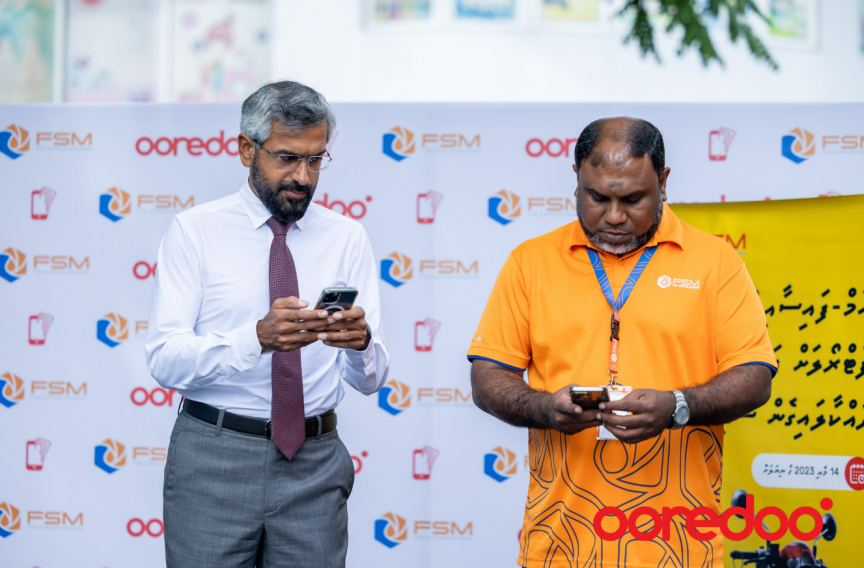 Speaking at the ceremony, FSM’s MD Gasam said that they always work towards improving the services they provide to the people, and this service commenced today took the company to a new level.

In addition to this Gasam revealed that they have been in discussion with Ooredoo for about eight months over mFaisa, and expressed hope the services will be offered to people without any interruptions.

Thrilled to announce our partnership with @FuelSuppliesMv to enable contactless, fast & secure payments via #mFaisaa at FSM Petrol sheds across Male’ & Hulhumale’. Customers can simply scan the QR code & pay with just a few taps shortening the waiting time at the petrol sheds. pic.twitter.com/AVoL2jnFj9

Meanwhile, the MD and CEO of Ooredoo Maldives spoke of Ooredoo’s aim to expose Maldivians to the digital lifestyle.

“#mFaisaa caters the current need to acquire reliable, convenient & secure payment solutions with just a few taps on their smartphones. Our partnership with FSM is a great step to further drive the adoption of digital financial service,” said Khalid

A special promotion was also announced in celebration of the new service. Under the promotion, those using mFaisaa to make payments at FSM’s sheds stand a chance to win a Scoopy motorcycle. The offer extends till May 14, 2023.

Ooredoo announces winners of trip to Qatar to see WCup