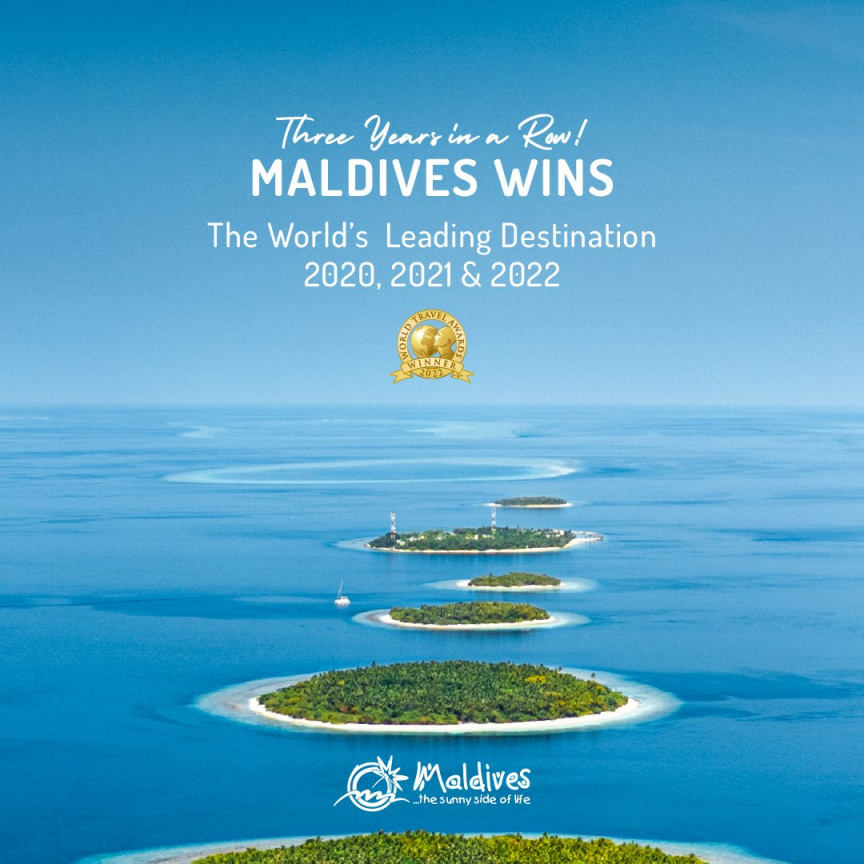 Maldives has been crowned ‘World’s Leading Destination’ at World Travel Awards once again – the most prestigious honors program in global travel.

Maldives is grabbing this award for the third consecutive year as the nation celebrates the 50th anniversary of its tourism industry this year.

In an earlier statement announcing the nomination, MMPRC aid Maldives won the World’s Leading Destination title the past two years despite the difficulties posed by the global Covid-19 pandemic through the sheer will, hard work, and dedication of the Maldivian tourism industry.

“Winning this award a third year in a row, especially during our Golden Jubilee Year of Tourism, would not only fortify our nation’s place as a tourism hotspot, but also as a leader in the global travel trade,” said MMPRC.

Established in 1993 – World Travel Awards acknowledge, reward and celebrate excellence across all key sectors of the travel, tourism and hospitality industries. The brand is recognized globally as the ultimate hallmark of industry excellence. It is also known as the Oscars of the travel industry.

Medal for memorizing Quran to 13, Pres. Award to 52