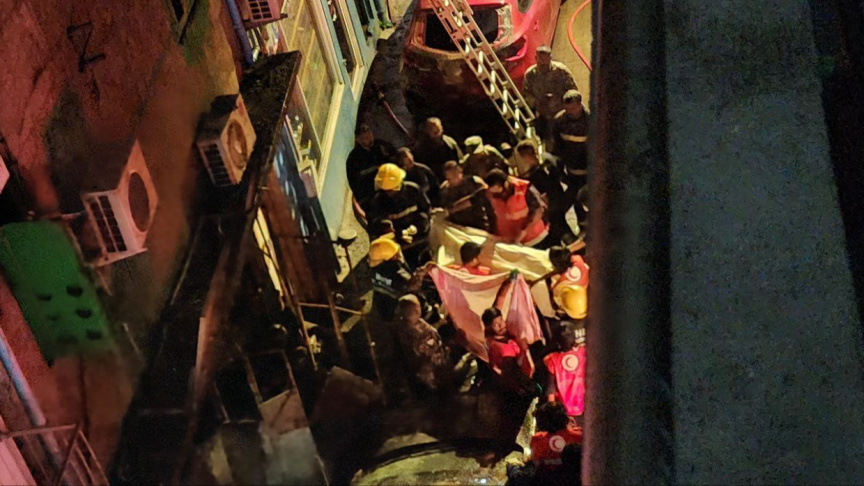 Seven of the deceased from the 10 in the fire which broke out at M. Nirufehi, in Male’ City on early Thursday morning have been confirmed as Indian nationals.

Via a tweet, the High Commission of India in the Maldives (HCIM) said that local authorities have informed them that seven of the deceased were Indian nationals.

HCIM further stated that efforts to establish the identity of the one the deceased were presently still underway.

Maldivian authorities have confirmed that 7 of the deceased were Indian nationals. Identity of one person is still being confirmed.

They also noted that they were in contact with the families of the deceased.

In an earlier tweet, HCIM said that High Commissioner Munu Mahawar had met with the victims of the fire that has been located to temporary shelter, during which he assured to provide them with all possible assistance they may require.

HC @AmbMunu, along with Mission officials, met the evacuated Indian nationals. They were assured of all possible assistance.

We thank Maldivian authorities, NGOs and community members who have been providing necessary support to the evacuees.

They also thanked the Maldivian authorities, NGOs and the general public who have been providing necessary support for the victims.

As per the latest information, the deceased in the fire include people of both genders who are Indian and Bangladeshi nationals.

The fire broke out in a car repair garage in M. Nirufehi, located near the Maaveyo Mosque, around 12:30 am. The garage is located on the ground floor, while the first-floor houses cramped living quarters for migrant workers – the only ventilation – a single window. Authorities state that cooking gas cylinders were next to each bed, where the migrants slept.

As per the authorities, the migrant quarters had housed at least 38 people, and there were cooking gas cylinders placed next to each bed. 28 were rescued, of which nine remain under NDMA’s care; six women and three men.