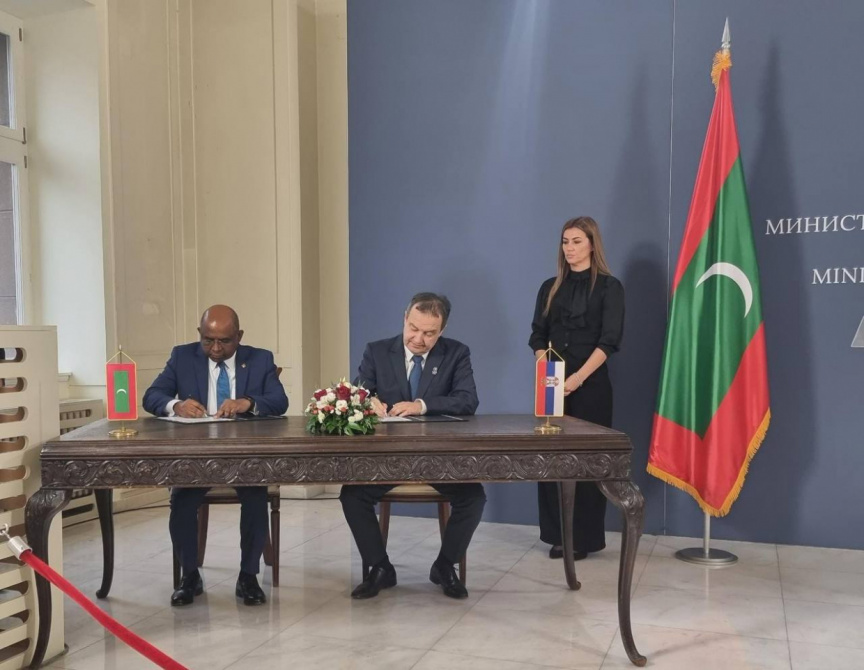 Maldives and Serbia have signed a Memorandum of Understanding (MoU) on bilateral political consultation.

According to the Maldivian Foreign Ministry, the MoU on bilateral political consultation aims to deepen the political engagement between Maldives and Serbia by having periodic consultations to enhance cooperation on areas of mutual interest.

The meeting between Shahid and Dačić focused on enhancing the existing bilateral relations in a multitude of areas, such as education cooperation, youth development, health, and tourism.

Dačić noted that Serbia is ready to receive 20 to 25 young sportspersons between the ages 12 to 18 from the Maldives to train them in volleyball, football and handball. The initiative is expected to be realized by mid-2023.

He also expressed willingness to increase the scholarships offered to Maldivian students.

At the meeting, Shahid raised the possibility of establishing a visa waiver agreement between Maldives and Serbia.

Shahid said such an agreement would increase people to people ties, promote tourism and add to the bilateral portfolio between Maldives and Serbia.

Dačić said he would take the request into consideration.

Shahid embarked on the visit to Belgrade at the invitation of Dačić.

During the visit, he also met with the Speaker of Serbia’s National Assembly, Vladimir Orlić, and engaged in discussions regarding the key role of parliaments to strengthen and promote democracy and enhance cooperation between Maldives and Serbia.

Shahid concluded his visit to Serbia on Monday.