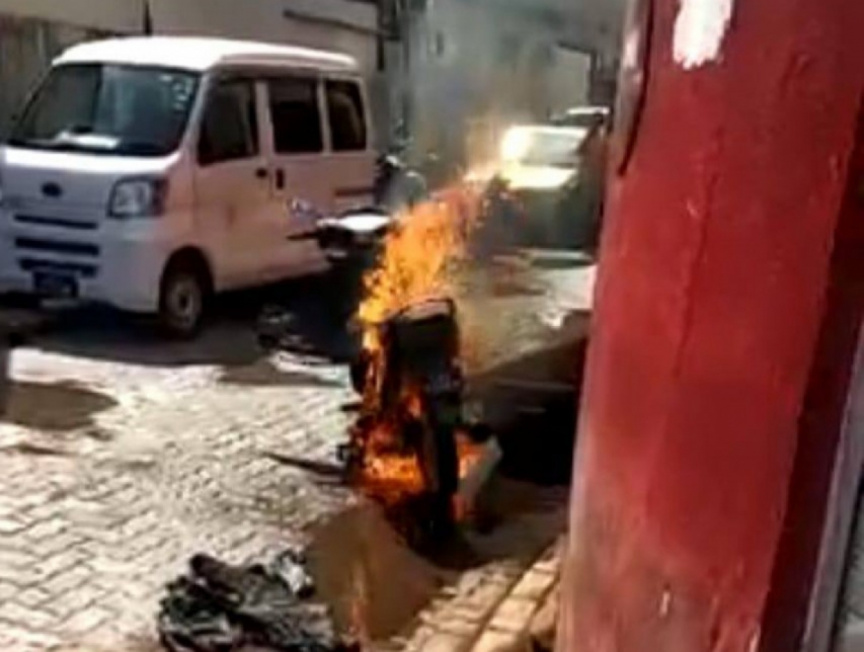 A motorcycle catches fire outside a garage in Male' City on November 3, 2022. (Photo/MPL)

Maldives Ports Limited (MPL) has praised one of its workers for his quick response to a fire at a garage near the Male’ Commercial Harbor.

A video of the incident, which took place earlier Thursday, has gone viral on social media.

The video shows a motorcycle on fire in a garage. Police officers are at the scene but Adam Shazeel, a worker from MPL’s Health and Safety Department, is the first to respond. He comes with a fire extinguisher and puts out the fire.

A fire incident occured in a garage in close proximity to Malé Commercial Harbour earlier today.

We commend the work of Adam Shazeel from MPL's Health & Safety Department who was quick to react and put out the fire before it could spread any further. pic.twitter.com/FLOI9CY405

In a tweet commending Shazeel’s actions, MPL noted their team members are periodically trained to attend such emergency situations.

“We will continue to train and provide our team members with the necessary skills to make our Port Operations and surrounding areas safe for everyone,” said MPL.

MPL flats to finish in 2023, ease of payments provided