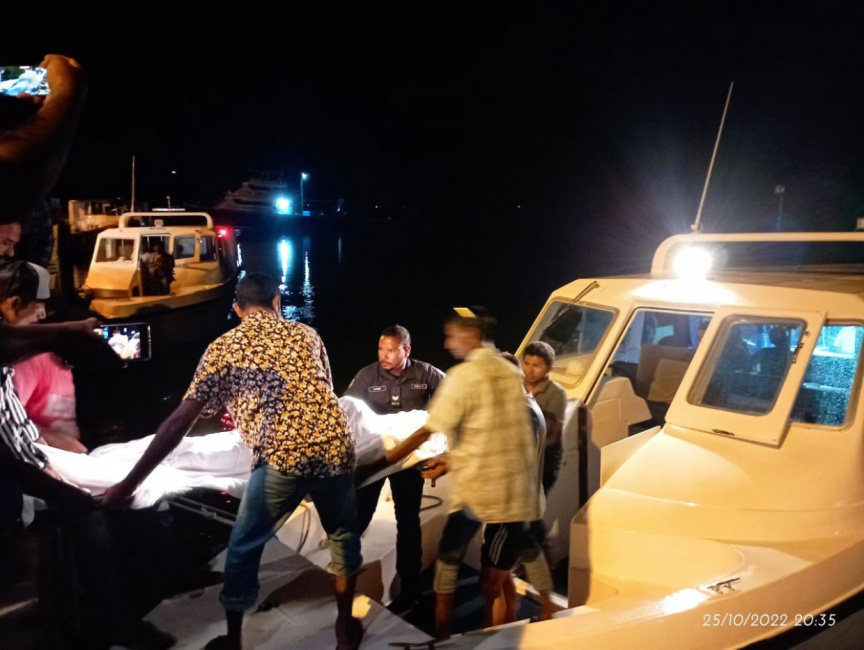 The Civil Court has rejected a motion filed by the family of the suspect in a drug case who died in police custody last week, seeking an injunction to halt an autopsy on his body.

According to the family, Abdulla had repeatedly complained of chest pains when the police had him board the boat, and the officers there dismissed it as an act and denied him medical treatment.

Police have decided to perform an autopsy to determine the cause of death. Abdulla’s body is stored at the Galolhu Mortuary ever since.

His family lodged a case with the Civil Court to stop the autopsy. They said they wish for him to be buried as soon as possible, without any further harm to his body.

The court denied the motion on Sunday, citing the police have the right to conduct an autopsy as the case involves allegations of negligence.

The family has lodged complaints with the Human Rights Commission of Maldives (HRCM) and other relevant authorities over the refusal to release the body.

His family has been given a chance to view his body before it is transported overseas for an autopsy on Monday.

SC quashes order to have Arshad taken to court by cops