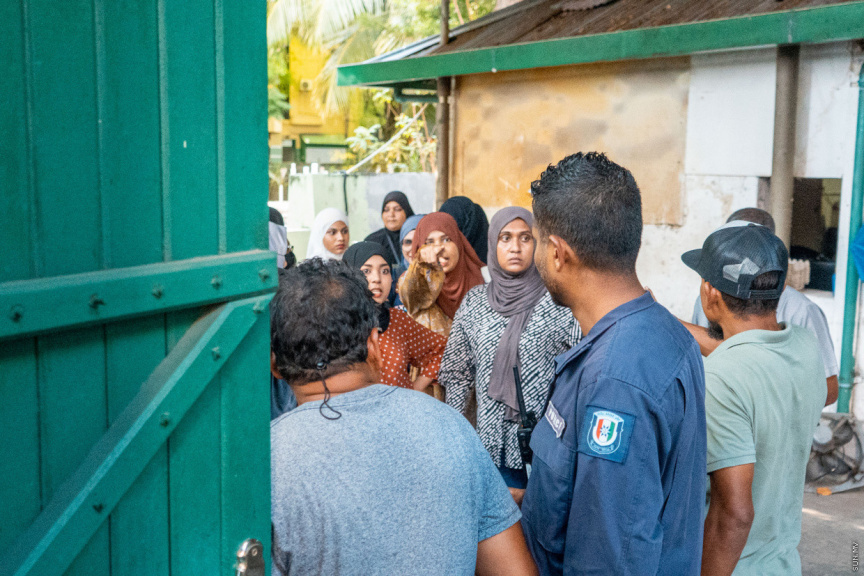 Family of Abdulla Rasheed, 43, who died whilst in police custody plead for the handover of his body in front of Galolhu Mortuary. (Sun Photo/Mohamed Hayyan)

The family of the man who died whilst in police custody has filed a case with Civil Court, requesting the handover his body to them.

According to the family and eyewitnesses Abdulla had repeatedly complained of chest pains when the police had him board the boat, and the officers there dismissed it as an act and denied him medical treatment.

The investigation into Abdulla’s death is led by the National Integrity Commission (NIC).

In a statement last night, NIC confirmed its decision to conduct a postmortem on the body of late Abdulla.

Abdulla’s mother, on Friday, reiterated the family’s objection to conduct the postmortem whilst speaking to Sun. She said the court case was filed to claimed his body, currently in police custody.

Mariyam said that a hearing in the case has been scheduled for tomorrow.

The family has submitted complaints to Human Rights Commission of the Maldives (HRCM) and other authorities regarding the refusal to handover Abdulla’s body.

Abdulla’s body was transported to Male’ City on Tuesday, and has been stored at the Galolhu Mortuary ever since.