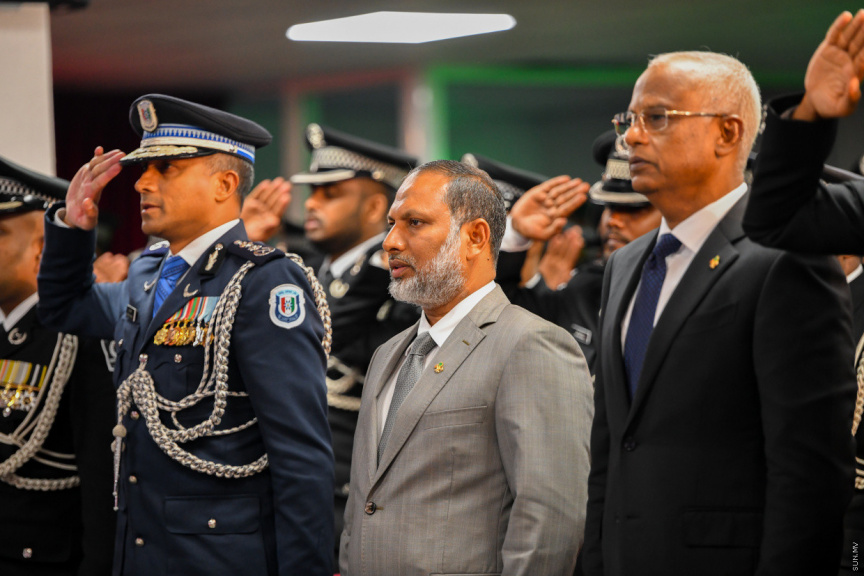 President Ibrahim Mohamed Solih has instructed Home Minister Imran Abdulla to conduct a fair investigation into the death of the man who died whilst in police custody.

According to the family and eyewitnesses Abdulla had repeatedly complained of chest pains when the police had him board the boat, and the officers there dismissed it as an act and denied him medical treatment.

Spokesperson of the President’s Office, Miuvaan Mohamed, on Friday, stated that President Solih has instructed Home Minister Imran to conduct a comprehensive investigation into the events leading up to Abdulla’s death.

“The president is closely monitoring this case,” he added.

On the day of Abdulla’s death, Home Minister Imran said that he had ordered the police to conduct an investigation regarding Abdulla’s death – stating should negligence or brutality be uncovered during the investigation – he will not shy away from taking necessary actions against those implicated.

The investigation into Abdulla’s death is led by the National Integrity Commission (NIC).

In a statement last night, NIC confirmed its decision to conduct a postmortem on the body of late Abdulla.

“In light of how important it is to ensure justice is reached in this case, we inform of our decision to conduct a postmortem on the body of late Abdulla Rasheed,” the statement read.

They detailed that this investigation will proceed under the Criminal Procedure Code, in collaboration with the police.

Since his death, Abdulla’s family has objected to conducting the postmortem, pleading with authorities to hand over the body for burial.

Abdulla’s family has filed a court case requesting an order to hand over his body. The court has yet to make decision on the case.